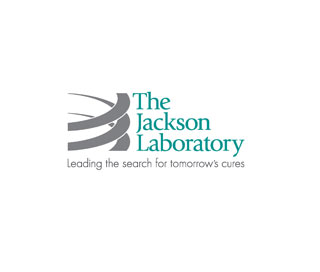 Osteoporosis is a bone disease that may elevate the risk of fracture while obesity is known to have detrimental effects on health. A latest research initiated by the Maine Medical Center Research Institute (MMCRI) has apparently discovered new treatment options for both the diseases. A protein responsible for controlling the amount of marrow fat inside bones has seemingly been identified.

Cheryl Ackert-Bicknell, Ph.D., a postdoctoral associate at The Jackson Laboratory who was part of the research team explained, “As we age, the red marrow found in long bones is replaced with yellow or fatty marrow. In patients who have suffered an osteoporotic fracture, there are more marrow-residing fat cells as compared to age-matched patients who have never fractured.”

The protein PPARG supposedly increases the number of marrow fat cells. This is especially noticed when it is activated by drugs like rosiglitazone. This drug is generally prescribed to treat type 2 diabetes. The authors revealed that nocturnin can control PPARG activity and therefore control the development of marrow fat. They explained that nocturnin is a protein originally found in yeast and seemingly acts as a cell sensor responding to nutrient availability.

Rosen commented, “What’s remarkable about nocturnin is that it’s tied to the mouse’s mechanism for keeping time, such that it comes on during evening when the mouse consumes food. We have known for some time that alterations in circadian rhythms (for example with certain drugs, or in shift workers) can result in weight gain and excess food consumption. Alterations in nocturnin may be one mechanism to explain this phenomenon.”

He continued further, “In addition, we report that excess nocturnin can lead to a reduction in bone mass. Hence, changes in our circadian networks may have profound effects on body composition and bone density.”

While observing the mice, investigators noticed that nocturnin can not only sense nutrient availability but also respond to the external environment and stimulate the growth of fat cells. The scientists explained that once an organism is provided with a huge supply of particular nutrients, the fat cells probably expand due to the protein nocturnin.

A detailed understanding of marrow-residing fat cells can possibly open new paths of treatment for osteoporosis. On the other hand determining the fat cells expressing PPARG and nocturnin in the other parts of the body can seemingly explain obesity as well.

The research will be published in the Proceedings of the National Academy of Sciences.