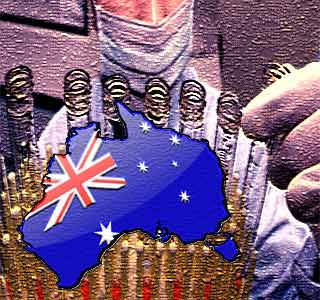 A breakthrough discovery by Australian scientists brings hope to millions with a possible cure for asthma, rheumatoid arthritis and leukaemia. The discovery focuses on the method to stop killer blood cells from multiplying.

Lead researcher, Professor Michael Parker, of Melbourne’s St Vincent’s Institute, remarked, “Scientists could now build a drug to attach itself to the protein and stop it sending messages into the cells telling them to multiply unchecked. If we can stop the signal for the proliferation of uncontrolled growth of the cells then we can stop the leukaemia in its tracks.”

Professor Michael Parker has spent nearly a decade in uncovering the structure of the receptor protein that resides on the surface of white blood cells.

Molecular biologists at Adelaide’s Hanson Institute and Melbourne scientists worked in tandem, hoping to find a way to block the process of the protein. They used X-ray and synchrotron imaging to build an image of the structure of the protein for the first time. The production of blood cells in the body is controlled by the GM-CSF hormone. This hormone is functional once it has attached itself to the receptor proteins. This in turn sends a message to white blood cells telling them to multiply.

Leukaemia and some inflammatory conditions are caused when the protein is damaged. This results in protein messages over-producing cells or producing cells which persist too long.

The team has found a way to stop the protein’s deadly process. They have cracked the secret by which the protein controls the way blood cancer cells spread when the protein is damaged. Researchers realized that after being activated by the hormone, the proteins linked together to form networks on the surface of white blood cells. The major breakthrough came when they understood that if the network formations were stopped, it could also curb the growth of the cells.

Professor Parker mentioned that targeting a protein on the surface of the cell would be much easier than trying to come up with a molecule to break its way into the centre of the cell.

Fabricating a drug that prevents the damaged proteins operation is now in process. This will be effective in stopping the cancer along with asthma and inflammatory diseases such as rheumatoid arthritis. This is just the beginning of the drug development phase.