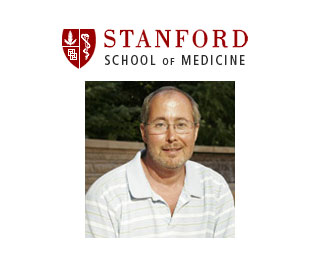 The immune system produces antibodies in order to protect the body against invading pathogens such as viruses and bacteria. These viruses and bacteria function not only as soldiers but all nurses and this it appears was never known before. Researchers at the Stanford University School of Medicine reveal that absence of antibodies in the central nervous system may be a reason as to why nerve damage doesn’t get repaired naturally in humans.

A research conducted on mice claims to have showed for the first time that antibodies play an important role to repair nerve damage to the peripheral nervous system. It is also revealed that not all but only some antibodies repair nerve damage. New ways of repairing damage from stroke or spinal-cord injury may be done by harnessing proteins that have unexpected nurturing qualities. These findings may help in future treatments for stroke and spinal-cord trauma.

Ben Barre’s group was attracted by one major difference between the two nervous systems that antibodies have minimal access to the brain and spinal cord but they have access to the peripheral nervous system. Axons nerve cells covered with an insulating layer of myelin were found to convey electrochemical impulses.

Researchers pondered whether antibodies to components of degenerating myelin may play a role in clearance. They obtained malformed laboratory mice that were not capable of producing antibodies and they showed that repair of injury to the sciatic nerve is hindered, as is the elimination of degenerating myelin from the injury area. It was observed that when mutant mice were injected with antibodies from healthy uninjured mice it revived their myelin removal and sciatic nerve repair capability.

Vargas reveals that antibodies play a significant role in the disposal of aging red blood cells but this is the first time they have been highlighted to repair injury. Investigators explained how this happens; antibodies cling to degenerating myelin downstream that are preset in the site of the injury. The antibodies further coat the myelin and tag it for clearance by macrophages. In addition he says that macrophages are prone to gobble up antibody-tagged bacteria and diseased cells. Researchers observed using various standard laboratory tools, including special staining techniques that macrophages chew-up antibody-tagged degenerating myelin downstream from the nerve-injury site.

When antibody-lacking mice were provided with antibodies from healthy mice it was observed that myelin clearance improved. It was observed that it made no difference if the antibodies came from normal mice that had suffered similar injuries or mice that had suffered none. This reveals that antibodies cling together in order to degenerate myelin and flagging it for destruction by squads of macrophages that were present in uninjured mice rather only after injury are called into service. The off-the-shelf natural bodies save a week or two that the body would take in order to produce antibodies in response to a particular viral or bacterial infection.

The Barres team injected mice with a dose of an antibody that targets a protein that occur on myelin by doing this they restored nerve injury repair. It was observed antibodies that were not associated with myelin did not help. This revealed that antibodies associated with degenerating myelin accelerate nerve repair in the peripheral nervous system. It wouldn’t help if naturally occurring antibodies were unable to differentiate between working and worthless myelin that may result in debilitating autoimmune diseases. Barres shares that degenerating myelin has structural features on its surface that are different from those exposed to the immune system on the surface of functioning myelin.

“This is really important, elegant work,” said Zhigang He, PhD, associate professor of neurology at Harvard Medical School whose lab focuses on the intrinsic regenerative ability of nervous tissue and who did not participate in the research but is familiar with it. “Everybody’s trying to understand what accounts for the difference between the capacities for repair in the peripheral versus the central nervous system. Now we have a possible mechanism, so we can start to think about some kind of strategy to speed up myelin clearance in the brain.”

The findings involve the peripheral nervous system and offer enticing hints as to initiate repair to damaged nerve cells in the central nervous system post stroke or spinal cord injury. Barres shared an idea to bypass the blood-brain barrier by delivering anti-degenerating-myelin proteins into the spinal fluid. He anticipates that these antibodies may cover the myelin signaling to microglia that is macrographs counterpart in the central nervous system to clear degenerating myelin. In addition he says that this may quick start the regeneration of damaged nervous tissue.

This research was published online on June 14 in Proceedings of the National Academy of Sciences.