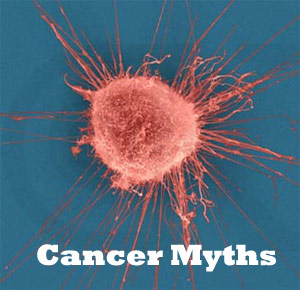 People all over the world believe scientifically unproven myths about cancer. In fact, according to a survey conducted by the American Cancer Society, some Americans think that shampoo and even underwire bras could cause tumors.

The organization analyzed data from a survey of 1000 US adults who had never been diagnosed with cancer. On the basis of this, they enlisted 12 common cancer myths.

The twelve common cancer myths are:

The study also revealed that people with lower educational qualifications were more likely to believe these myths, with men being more likely than women to be naïve.

According to lead study author Kevin Stein from American Cancer Society’s Behavioral Research Center in Atlanta, “If people hold erroneous beliefs about risk factors for cancer they might not be making informed decisions for their behaviors.”

‘What we would like to do is to have people get accurate information and hold accurate beliefs about what are and what are not risk factors for cancer with the hope that will translate into healthy behavioral patterns,’ he added.

A while ago, we had reported an article that cleared doubts relating to Breast Cancer. Click here to read it.