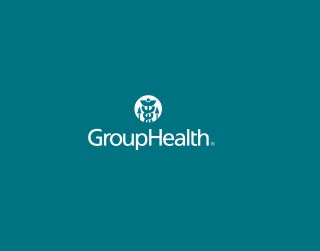 Obesity is a problem faced by several people worldwide and may lead to grave health issues. Experts from Seattle Children’s Research Institute, the University of Washington (UW), and Group Health Research Institute recently identified that children in King County, Washington, are more likely to be obese if they reside in socially disadvantaged neighborhoods.

Experts found obesity common among children who live in neighborhoods that include least-educated women, most single-parent households, lowest median household income, highest proportion of non-white residents and fewest homes owned. These socio-economic factors add together for almost 24 percent of variable obesity rates among children across neighborhoods.

“What we found confirms that it takes a village to raise a child,” remarked lead author H. Mollie Greves Grow, MD MPH, an assistant professor of pediatrics at the UW, Seattle Children’s, and Harborview Medical Center. “Children are raised not only at home but also in their community.”

Disadvantaged neighborhoods may present many obstacles for children’s weight, such as less access to healthy foods and unhealthier fast-food outlets. They also often lack safe places for children to play outdoors.

“Childhood obesity is not just a family problem, but a larger community and societal problem,” Dr. Grow added. “A disadvantaged environment can set families up for ill health, and it’s unfair to blame them for not taking enough ‘personal responsibility’ to manage their weight. We don’t yet know all of the factors that may create disadvantage, but we know it is present and associated with higher obesity.”

Experts collected unknown de-identified electronic medical record information on 8,616 children aged between 6 and 18 and who were receiving care at Group Health Cooperative. They linked this information to the social and economic characteristics specifically of Seattle-area census tracts.

Using weight measurements from medical records and not self-reported by study participants helped to over come limitations of previous studies as self-reporting is less accurate. This study claims to be the first to examine childhood obesity in order to use meticulous statistical methods of spatial modeling to reduce differences related to arbitrary census tract lines. This technique was significant to provide better effects of neighborhoods on children’s weight.

Dr. Grow shares that each of the census tract factors included in the study appeared to give a different approach to the possibility of childhood obesity. Likelihood of childhood obesity was observed to increase from 17 percent to 24 percent for each of three measures of neighborhood social disadvantages. These included each 10 percent decrease in female education and two-parent households, and each $10,000 decline in household income. Effects related to race and homeownership was smaller but still statistically significant.

King country’s demographics resemble those of other urban U.S areas. Dr. Grow reveals that King Country has one of the strongest public health efforts that included a relatively walkable environment, and efforts to expand affordable access to healthy and fresh foods. She and her colleagues suppose that links between childhood obesity and neighborhood disadvantage could thus be pronounced elsewhere.

This study was published online by Social Science & Medicine in this week.