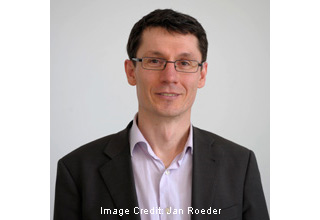 Type 2 diabetes which is a disorder of glucose homeostasis probably affects almost seven percent of the German population. Yet millions with diabetes continue to remain unnoticed and untreated. In order to ascertain the causes of this form of diabetes a research at an international level was conducted. This study included Helmholtz Zentrum München and the German Diabetes Center, Düsseldorf which claims to classify 12 unique gene variants responsible for elevating the risk of developing type 2 diabetes.

In order to put forth a detailed analysis of the genetic causes scientists from Germany, the U.S., Great Britain, Iceland and eight other countries came together. They thoroughly scrutinized the data collected from more than 140,000 study participants. This enabled them to ascertain 12 genetic risk factors among which 11 are assumed to either affect insulin production or the effectiveness of insulin.

Dr. Cornelia Huth, who played a key role in the selection of the study participants and the analyses of Helmholtz Zentrum München commented, “What enabled us to identify these factors with a high level of confidence is the large number of investigated subjects in this collaborative study. Each factor by itself contributes only slightly to the entire diabetes risk. But to find out more about the pathogenic mechanisms of the disease, even these slight contributions are important.”

Claimed to be a novel discovery, the investigators also noted a unique link between type 2 diabetes and the X chromosome. This identification may open doors to provide an explanation for the gender-specific differences observed in diabetes risk. It is believed that while women have two X chromosomes, men have one X and one Y chromosome. Till date scientists are able to observe 38 genetic risk factors enhancing the risk for type 2 diabetes mellitus.

Dr. Christian Herder and Dr. Wolfgang Rathmann, both of whom are research group leaders at the German Diabetes Center enlightened, “One important finding of the new study is that some of the gene loci associated with increased type 2 diabetes risk are also risk variants for other diseases such as coronary heart disease, autoimmune diseases and cancer. This suggests that specific proteins could be relevant for several diseases at the same time.”

It has been assumed that genetic susceptibility and lifestyle factors combined together leads to diabetes. But Dr. Thomas Illig who is the research group leader at the Institute of Epidemiology of Helmholtz Zentrum München and one of the corresponding authors of the study explained that tracking down the exact causes will seemingly benefit investigators to lay down accurate prevention and therapy strategies. This study possibly clarifies the complex pathogenesis of the disease.

The study is published in the current issue of Nature Genetics.