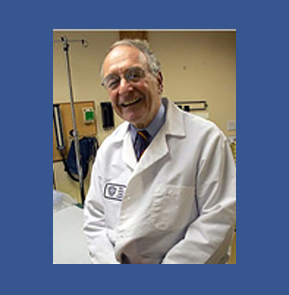 Commonly recommended medications though developed to lower blood pressure may reveal opposite outcomes. They can possibly end up elevating the blood pressure in certain patients. A latest study initiated by the experts from Albert Einstein College of Medicine of Yeshiva University suggests that drugs can be prescribed to patients after measuring blood levels of the enzyme renin through a blood test.

The study was undertaken on 945 patients who were a part of a workplace anti-hypertensive treatment program in New York City from 1981 to 1998. These participants had a systolic blood pressure (SBP) of at least 140 mmHg. SBP which is regarded as the top number in the blood pressure reading, that seemingly reveals the amount of force blood exerts on the walls of blood vessels when the heart contracts. Experts mention that none of the volunteers were provided with treatment for high blood pressure before being included in the study.

“Our findings suggest that physicians should use renin levels to predict the most appropriate first drug for treating patients with hypertension. This would increase the likelihood of achieving blood pressure control and reduce the need for patients to take additional antihypertensive medications,” remarked Michael Alderman, M.D., professor of epidemiology and population health and of medicine at Einstein and the lead author.

A single anti-hypertensive medication was given to the study subjects that were a diuretic or a calcium channel blocker. These medications are also known as ‘V’ drugs known to lower blood volume. Patients belonging to the other group were given a beta blocker or an ACE inhibitor. This inhibitor is considered as ‘R’ drug, which lowers level of renin, an enzyme secreted by the kidneys that is a hallmark in maintaining blood pressure. As soon as the participants were included in the study, plasma renin activity (PRA) and SBP were measured. After one to three months of treatment SBP was again assessed.

Dr. Alderman, a former president of the American Society of Hypertension said, “Every clinician knows that there’s a variation in response to antihypertensive treatment, and that some patients will have an elevation in blood pressure. The latter phenomenon is generally attributed to patients’ failure to take their medications or to a random event. But these data show that it’s not a random event — it’s due to a mismatch between the patients’ renin status and the drug. We think it makes sense to use renin to predict the most appropriate treatment.”

Renin level was probably able to distinguish patients who were most likely to have a favorable response with R or V drug. The test also appeared to be capable of identifying those patients most likely to experience a ‘pressor response.’ This response may be described as a clinically significant elevation in SBP of 10 mmHg or more. It was estimated that 7.7 percent of the patients showed a pressor response. Researchers observed that the highest percentage of pressor responses was 16 percent and it occurred in patients with low renin level. These patients were apparently provided with a beta blocker or an ACE inhibitor (R drugs).

Morris J. Brown, M.D., professor of clinical pharmacology at the University of Cambridge School of Medicine in England, enlightened, “The role of renin measurement may be to detect the extremes, and to reach rational treatment in those not controlled by standard combination [drug therapy]. Many hormones are measured on rather less reason and evidence than plasma renin, the ‘oldest’ of them all; its place in routine management of hypertension has at last arrived.”

It is assumed that getting renin levels measured is extremely helpful for patients from the two groups who were provided with anti-hypertensive drugs for the first time and patients who are taking multiple anti-hypertensive drugs. Scientists claim that after renin testing, patients get their blood pressure under control with less number of therapies. Over the past decades, PRA testing has been supposedly employed for evaluating the cause of a patient’s hypertension; if it is due to constricted blood vessels or too much blood volume, or both. By undergoing this test physicians may receive aid in recommending precise therapy. A major drawback of this test is that it is expensive and difficult to perform accurately. But with advancement in technology, the means to measure PRA is possibly getting better and the test is becoming more widely available.

The study was published in the August online edition of the American Journal of Hypertension.