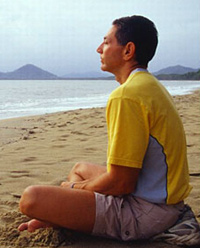 According to a first-of-its-kind study published in Ethnicity and Disease, researchers from the University of Pennsylvania evaluated 23 African American men and women, average age 64, who was recently hospitalized with New York Heart Association class II or III congestive heart failure.

Participants were randomized to either the Transcendental Meditation technique or health education in addition to usual medical care.

According to study’s lead author Ravishankar Jayadevappa of the University of Pennsylvania Department of Medicine, the TM group significantly improved on the six-minute walk test after both three and six months of TM practice compared to the control group.

Researchers measured changes in heart function with a six-minute walk test, and measures for quality of life, depression, and rehospitalizations. Changes in outcomes from baseline to three and six months after treatment were analysed.

The TM group also showed improvements in quality of life measurements, depression, and had fewer rehospitalizations.