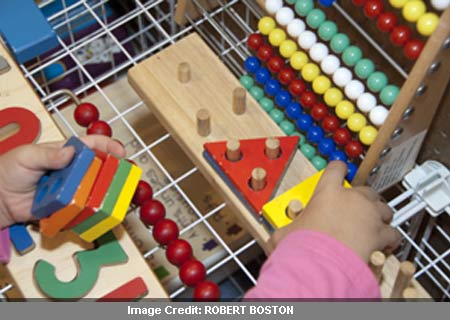 Some kids face difficulties in grasping skills related to writing, running, throwing a ball and so on. The hidden cause behind poor motor skills is autism, claim scientists from the Washington University School of Medicine in St. Louis.

As part of the trial, 144 kids spanning through 67 families with a minimum of 1 child suffering from autism spectrum disorder (ASD) and having a sibling in the same age-group, were incorporated. In certain families, there were 2 kids affected by autism including twins.

These subjects were examined as they performed various tasks such as cutting with scissors, placing pegs in a pegboard, imitating movements, mimicking forms, push-ups and more. By means of a standard form of measurement, the kids’ manual coordination, control, agility and strength were gauged.

“It’s possible that developmental processes in the brain which give rise to motor coordination and social responsiveness are shared by both systems. This could explain their association in autism and provide new ideas about intervention strategies to help affected children, such as innovative methods for promoting motor development,” commented co-investigator Constantino, the Blanche F. Ittleson Professor of Psychiatry and Pediatrics and director of the William Greenleaf Eliot Division of Child and Adolescent Psychiatry at Washington University.

The results of the study showed that 83% of the children suffering from autism apparently scored below average points in terms of motor skills. Their siblings devoid of autism attained normal scores, while twins also performed similarly.

The team is of the opinion that a greater deficiency in motor skills could signify a severe form of autism that eventually leads to weak social attitudes. This article is published in the journal, Autism.