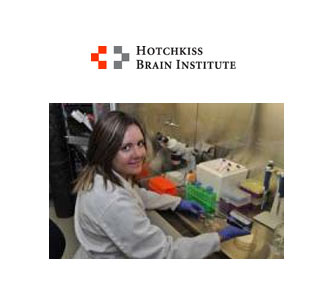 The peripheral nervous system known to be one of the two major divisions of the nervous system is outside the brain and spinal cord. Experts have supposedly discovered a novel means to help nerves regenerate after trauma or injury. The newly identified way can unravel new treatments for nerve damage due to diabetes or traumatic injuries.

The researchers elucidate that the body is connected to the brain and spinal cord due to the peripheral nerves. This nervous system is believed to cause movement and sensation. Cases of peripheral nerve damage seem to be reported often and generally appear to be irreversible.

Kimberly Christie, lead author on the research and a PhD student in Dr. Zochodne’s lab, shared, “We were amazed to see such a dramatic effect over such a short time period. No one knew that nerves in the peripheral system could regenerate in this way, nerves that can be damaged if someone has diabetes for example. This finding could eventually help people who have lost feeling or motor skills recover and live with less pain.”

While conducting the research, the experts employed a mouse model to ascertain the pathway aiding nerves to grow and survive. The molecular brake known as PTEN appeared to be within this pathway. This molecular brake may assist in restricting too much cell growth under normal conditions. The scientists claim the identification of PTEN in the peripheral nervous system is a novel discovery.

Dr. Douglas Zochodne, senior researcher on the research and a neurologist and professor in the Department of Clinical Neurosciences said, “Removing the brakes on regeneration offers us a new approach. Our next steps will be to find out if the exciting rise in nerve outgrowth we have observed will result in long term benefits.”

The researchers were supposedly able to reveal that after a nerve injury, PTEN restricts peripheral nerves from regrowing. The experts claim to block PTEN because of which nerve outgrowth appeared to boost. It has been assumed that peripheral nerve damage can cause pain, tingling, numbness or difficulty coordinating hands, feet, arms or legs. This may either happen due to diseases like diabetes, an injury due to a crushed or cut nerve, or other conditions known as neuropathy.

The research is published in the July 7, 2010 edition of the Journal of Neuroscience.