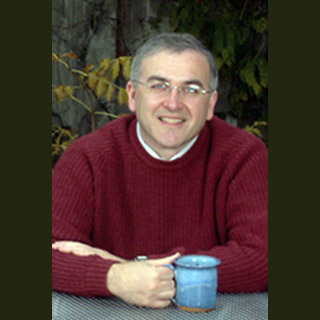 A chemical cousin of the common antibiotic tetracycline may perhaps be useful in treating spinal muscular atrophy (SMA). Atleast this is what a latest study claims. SMA is known to be an existing incurable disease that is the leading genetic cause of death in infants.

Without the protein, these neurons appear to degenerate and infants born with the mutations gradually lose the ability to move, swallow, and breathe. More so, there seems to be no approved therapies for the treatment of SMA. It was estimated that SMA affects approximately 1 in 6,000 babies born in the United States.

The new molecule apparently boosts the levels of SMN protein in cells by fixing a mistake in a cellular processing mechanism called RNA splicing. Furthermore, the scientists report this fix in both mouse models of SMA and in cells isolated from SMA patients.

This study was believed to have been carried out by Adrian Krainer, Ph.D., of Cold Spring Harbor Laboratory (CSHL) along with scientists from Paratek Pharmaceuticals and Rosalind Franklin University of Medicine and Science.

Contrasting to previously identified molecules that stimulate SMN production, the tetracycline-like compound appears to be a unique therapeutic candidate. Also, in SMN production, this compound is known to be a small molecule that particularly alters RNA splicing by directly targeting the splicing reaction. Additional collaborative study will perhaps focus on pre-clinical drug development.

The drug candidate apparently targets the splicing of a gene called SMN2, which is basically a back-up copy to the SMN1 gene that’s mutated beyond repair in SMA patients. However, SMN2 doesn’t compensate for the loss of SMN1 because it may produce inadequate functional protein.

Most of the protein that is created seems to be missing a single important piece, without which the protein quickly degrades. The omission of this piece of the SMN protein could possibly be due to a deficiency in the way in which the cell’s splicing machinery processes the RNA copied from the DNA of the SMN2 gene.

During splicing, a complex of enzymes is known to snip out of the RNA certain not needed pieces called introns. Usually, the remaining, necessary pieces called exons are believed to spliced back together, and this reduced RNA molecule is then converted into functional protein.

However, in the case of the SMN2 gene, the splicing machinery appears to skip an exon. Thus, Krainer along with his colleagues investigated ways to modify splicing so that this missing piece i.e. the 7th exon is included in the final RNA copy.

The experts were noted to have focused their search on a group of molecules that are chemical variants of tetracycline because this class of chemicals is known to hang on to RNA and modify splicing. Besides, they seem to be less toxic than others that can do the same.

In a new system that tests the effect of molecules solely on splicing, the authors screened a number of tetracycline derivatives from Paratek’s chemical library. The screen revealed that a molecule named PTK-SMA1 appears to be extremely efficient at altering splicing such that exon 7 is included.

The experts confirmed that this effect of PTK-SMA1 on RNA splicing and exon inclusion eventually leads to increased levels of complete and functional SMN protein. Also, the compound seems to have increased protein levels in cells isolated from SMA patients and cultured in lab dishes.

They also proved its ability to function in vivo by injecting it into mice carrying a human SMN2 gene. The mice apparently showed more than a 5-fold increase in human SMN protein levels within a week of treatment.

“PTK-SMA1 is the only small molecule known to specifically alter RNA splicing by directly and solely targeting the splicing reaction,” says Krainer.

Other molecules that affect splicing also appear to influence other cellular processes, as a result diluting their potency and potentially increasing the risk of side effects. PTK-SMA1 is known to have an additional advantage of being a derivative of tetracyclines, which are nontoxic and have confirmed safety in humans.

The team is thrilled about having such a promising therapeutic candidate for SMA treatment. Moreover, it plans to subsequently focus on two key issues namely discovering precisely how PTK-SMA1 redirects RNA splicing and finding a way to get it across the blood-brain barrier and into the affected neurons in the spinal cord.

The findings of the study ‘Tetracyclines That Promote SMN2 Exon 7 Splicing as Therapeutics for Spinal Muscular Atrophy’ have been published in the journal, Science Translational Medicine.