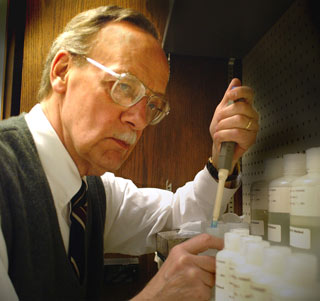 Sipping black hot tea on a cold, cozy morning may simply be the best thing to do. But consuming in moderation may be a good thing, as investigators from the Medical College of Georgia ascertain that black tea consists of higher concentrations of fluoride than thought in the past and can pose problems for the heaviest tea drinkers. Almost all reports reveal 1 to 5 milligrams of fluoride per liter of black tea, but the latest research shows that number could be as high as 9 milligrams.

It is known that fluoride helps in avoiding dental activities, but at the same time it should be noted that long-term ingestion of excessive quantity may lead to bone problems. An average person seemingly ingests 2 to 3 milligrams everyday through fluoridated drinking water, toothpaste and food. Experts reveal that ingesting requires around 20 milligrams per day over 10 or more years before posing a considerable risk to bone health.

Four patients with advanced skeletal fluorosis which is a disease caused by excessive fluoride consumption and characterized by joint and bone pain and damage were examined during the research. The disease is rarely discovered in citizens of the United States. The researchers enlightened that a common correlation between these four patients was noted in their tea consumption. For the past 10 to 30 days, each patient had consumed 1 to 2 gallons of tea everyday.

Dr. Gary Whitford, Regents Professor of oral biology in the School of Dentistry commented, “The additional fluoride from drinking two to four cups of tea a day won’t harm anyone; it’s the very heavy tea drinkers who could get in trouble.”

When the leaves are brewed for tea, some of the minerals leach into the beverage. The tea plant Camellia sinensis makes it very difficult to measure fluoride. The researchers explained that the plants gather huge concentrations of fluoride and aluminum in the plants leaves with each mineral ranging from 600 to more than 1,000 milligrams per kilogram of leaves. Previous studies have apparently employed traditional fluoride electrode method which is unable to detect the fluoride that combines with aluminum to form insoluble aluminum fluoride.

Whitford shared, “When we tested the patients’ tea brands using a traditional method, we found the fluoride concentrations to be very low, so we wondered if that method was detecting all of the fluoride.”

While carrying out the investigations, Whitford compared the traditional method with the diffusion method. It is believed that in the course of the diffusion method aluminum-fluoride bond supposedly brakes down. It is at this time that all the fluoride in the tea samples can be extracted and measured. Scientists utilized seven brands of store-bought black tea for testing. The scientists immersed each for five minutes in deionized water, which is known to contain no fluoride.

The diffusion method revealed 1.4 to 3.3 times higher amount of fluoride in each sample, than the traditional method. The researchers advised tea to be a beverage beneficial until we drink in moderation.

The research is presented at the 2010 International Association of Dental Research Conference in Barcelona, Spain.