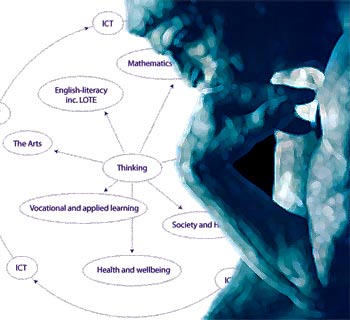 Here’s some food for thought. Incase you’re one of those worried souls who are constantly thinking about your weight, you need to stop right now. That’s what researchers are advising. Taxing your brains about those weighty issues or rather anything intellectual may on the contrary make you eat too much and hence lead to obesity.

The study carried out by a team of researchers at the Universite Laval in Quebec City gives some serious thought to brain food. They reveal that intellectual activities are found to induce excessive calorie intake as thinking too hard actually makes us hungry.

Main author of the study, Jean-Philippe Chaput, remarked, “Caloric overcompensation following intellectual work, combined with the fact that we are less physically active when doing intellectual tasks, could contribute to the obesity epidemic currently observed in industrialized countries. This is a factor that should not be ignored, considering that more and more people hold jobs of an intellectual nature”

The study comprised of 14 students who were divided by the researchers into three groups. The volunteers were then subjected to a 45 minute session of either relaxing in a sitting position, reading and summarizing a text, or completing a series of memory, attention, and vigilance tests on the computer. After each activity participants were invited to eat as much as they wanted at a buffet. Blood samples of participants were taken before, after and during the activity.

A spontaneous measurement of the food intake of these volunteers showed that each session of intellectual work requires only three calories more than those relaxing. Additionally, those in rest period had lower fluctuations in glucose and insulin levels apparently because of mental work. In spite of the low energy spent in intellectual activity, students had consumed 203 more calories after reading and summarizing a text in comparison to 253 calories more after the memory and attention task. As against the rest period these figures show a 23.6% and 29.4% increase respectively.

Researchers further explain that glucose serves as a fuel for the brain during any form of intellectual activity. The body may thus consume more food and hence more calories to meet its requirement keeping glucose balance in check.

Published in the most recent issue of Psychosomatic Medicine, these findings may help comprehend the present obesity epidemic.