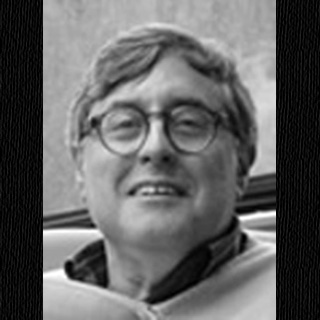 According to a latest study from University of Iowa College of Liberal Arts and Sciences, people who are depressed tend to recall more physical symptoms such as aches and pains than they actually experience. This study signifies that depression and not neuroticism seems to be the cause of such over-reporting. Also, depressed individuals recalling experiences differently may possibly ruminate over and exaggerate the bad.

For the purpose of the study, the authors were believed to have examined nearly 109 participants, all female. Furthermore, they provided the participants with baseline surveys in order to evaluate their levels of neuroticism and depression. Every day for approximately three weeks, the participants were noted to have reported whether they felt 15 common physical symptoms including aches and pains, gastrointestinal and upper-respiratory issues.

Moreover, on the 22nd day, they were asked to remember how often they appear to have experienced each physical symptom in the past three weeks. The study authors found that people who scored higher in depression seem to be more likely to exaggerate the frequency of their past symptoms.

“People who felt depressed made the most errors when asked to remember their physical symptoms. They tended to exaggerate their experience,” says lead author of the study, and psychologist Jerry Suls, professor and collegiate fellow in the University of Iowa College of Liberal Arts and Sciences.

Earlier study has indicated that people high in neuroticism, a general disposition that includes negative affects like irritability, sadness, anxiety and fear, seem to be more vulnerable in overstating their physical symptom experience. This novel study indicates that depression which can be one component of neuroticism seems to more likely the reason.

Suls further said that, “For 30 years, the hypothesis has been that neuroticism is behind inflated reports of symptoms. We’re saying no — depression appears to be the big player. We discovered that people high in neuroticism but low in depression are not likely to misremember symptoms.”

Additionally, they categorized participants as depressed or non-depressed based only on the cognitive symptoms of depression, such as sadness and anhedonia, a lack of interest in normally pleasurable activities. However, depressed individuals still were observed to have over-reported physical symptoms.

“Depressed individuals and their physicians shouldn’t discount common symptoms because they can indicate serious problems. However, since we now know that depressed individuals tend to over-remember the frequency of symptoms, it wouldn’t hurt to encourage patients to write down their symptoms as they’re happening. That way the patient and doctor have an accurate record of what has been going on, rather than relying on memory,” elucidates Suls.

Suls was of the opinion that the topic is significant; because exaggerated symptom reports seem to twist the information healthcare providers need in order to establish the best course of action. Also, perception of symptoms could affect the patients’ decisions. For instance, whether they take time off work, use over-the-counter medicines, or visit a doctor.

This particular study was noted to have focused on women. However Suls along with his colleagues appears to be analyzing the results for a mixed group of men and women. Participants in the studies seem to be in good health on the whole. In the future, Suls would like to examine how depression affects symptom reporting in individuals suffering from chronic illnesses.

The findings of the study have been published in the journal, Psychosomatic Medicine.

Drug useful in the treatment of opioid addiction is unveiled