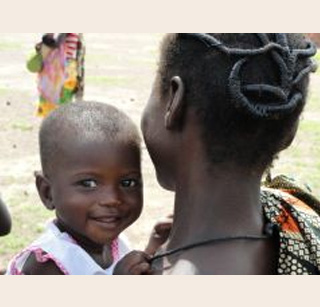 Prenatal supplementation with iron may be often recommended for expecting mothers to increase the level of iron in their body. A team of authors from the Institute of Tropical Medicine Antwerp suggests that an extra intake of iron does not help pregnant women, except for those who are anemic. The study findings seem to have major implications in the health zone.

The study followed more than a thousand pregnant women in Burkina Faso. From the total of 1268 expecting mothers, 43 percent were anemic. While half the participants received daily pills with 60 milligrams of iron and folic acid, the other half were provided with 30 mg of iron along with folic acid, zinc, vitamins A and C and other micronutrients. The pills were taken until 3 months after delivery. On completion of the study, all women reported almost the same levels of iron in their blood, regardless of how much iron they had taken.

Volunteers probably had around 11 grams of hemoglobin per deciliter of blood, which is said to be slightly below normal. In pregnancy, the growing child also needs oxygen, so women require more iron than normal towards the end of their pregnancy. However, the administration of extra iron to the ‘normal’ women may restrict their hemoglobin levels from dropping. All through the study, scientists were unable to figure out the apparent benefits of consuming iron supplements in non-anemic women.

The study is published in The American Journal of Clinical Nutrition.

World AIDS Day 2009: An Uphill Battle Against the Dreaded Pandemic