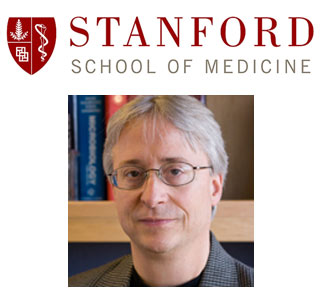 Arsenic may not be a preferred chemical, however it has specific medical applications and has been used for more than 10 years as a therapy for a specific type of leukemia. Experts from the Stanford University School of Medicine revealed that arsenic may be helpful in treating different cancers.

Combining arsenic with other therapies may provide doctors a bilateral approach to examine the disease caused by a malfunction in the Hedgehog pathway. The U.S. Food and Drug Administration gave arsenic trioxide a green signal to be used among humans that may lead to clinical trials of this method.

Philip Beachy, PhD, professor of developmental biology and the Ernest and Amelia Gallo Professor in the School of Medicine shares, “Many pharmaceutical companies are developing anticancer drugs to inhibit the Hedgehog pathway. In addition, Beachy recently identified an antifungal drug commonly used in humans, itraconazole, as a Hedgehog pathway inhibitor. However, these compounds target a component of the pathway that can be mutated with patients then becoming resistant to the therapy. Arsenic blocks a different step of the cascade.”

These activities differ from events that occur during arsenic poisoning which occurs when cell’s energy production system is blocked by high levels of the compound. Scientists examined the effect of arsenic trioxide in cultured human and mouse cells and lab mice with brain tumor known as medulloblastoma. They observed that low levels of the compound equal to those permitted to be used among humans affected with acute promyelocytic leukemia obstructs the last steps of the Hedgehog pathway. This restricts the expression of few cell’s genes in response to external messages. A cancer cell has lower chances to alter and sidestep arsenic’s inhibitory effect as only the tip of the pathway is affected.

Another Hedgehog pathway inhibitor known as cyclopamine acts near the opening of signaling cascade. Previously cyclopamine combined with a protein on the surface of the cell known as Smoothened and restricted its capability to transfer the Hedgehog signal in the cell’s innards. Drugs reciprocating cyclopamine’s action are presently being developed for human use. The capability of these drugs to distort the Hegehog pathway signal may be lowered by alterations in Smoothened that permit the cascade to get around this early treatment.

Birth defects caused by arsenic exposure are similar to the physical effects of having an inactive Hedgehog pathway. what intrigued experts was the function of arsenic in hampering the signaling cascade, further leading them to evaluate it . They examined human cells and revealed that levels of arsenic trioxide similar to those presently used among patients with acute promyelocytic leukemia hamper the Hedgehog pathway.

Arsenic trioxide restricts the capability of a protein known as Gli2 to stimulate gene transcription in the nucleus. It operates by restricting Gli2 from entering the cell’s primary cilium that is a communication hub when Hedgehog signaling activities take place. Hedgehog message comes to an unexpected end with the absence of Gli2 in the cilium and this also takes place among cells known to be resistant to cyclopamine treatment.

Beachy shares, “Arsenic might be especially effective for treating some types of cancers in combination with other drugs that act at different levels of the Hedgehog pathway, such as the cyclopamine mimics that pharmaceutical companies are developing, or itraconazole, an approved drug that we have recently shown also acts at the level of Smoothened”.

Researchers examined mice with a type of brain tumor known to be dependent on Hedgehog signaling to reveal what this might mean for cancer cells. They observed that arsenic trioxide lowered or blocked tumor growth. They also found that merging arsenic trioxide with cyclopamine was effective in restricting the pathway among cultured cells.

These findings were published online in the Proceedings of the National Academy of Sciences.