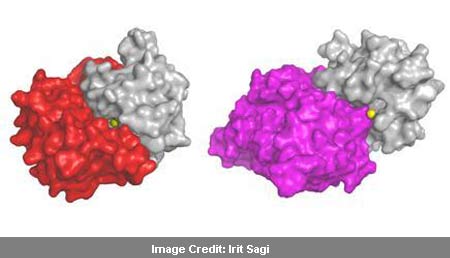 In diseases like rheumatoid arthritis and Crohn’s, the immune system erroneously strikes at the body’s tissues. In what seems like a crucial discovery, experts at Weizmann Institute have unleashed new antibodies that apparently treated autoimmune diseases in a set of mice.

In this research, the team used a technique called MMP immunization. The enzyme known as MMP9 is a principal player in autoimmune processes. Therefore, the scientists believed that inducing the immune system of the mice to target this enzyme would most probably generate antibodies which impede the enzyme at its location.

When the researchers injected synthetic metal zinc-histidine complex at the core of the MMP9 active site in mice, they found that the antibodies looked similar to MMP inhibitors called TIMPs. These antibodies known as metallobodies supposedly reached the enzyme‘s cleft and created a barrier to the working of the active site.

The metallobodies appeared to function for just 2 variants of the MMP family, namely the MMP2 and 9 which glued tightly to human and mice forms of the enzymes. Just as the researchers expected, when an autoimmune disease like Crohn’s was replicated in mice, the symptoms were supposedly restrained as the rats were exposed to metallobodies.

The scientists concluded that this method could be used as a treatment avenue for many kinds of autoimmune conditions. The research is published in the journal, Nature Medicine.