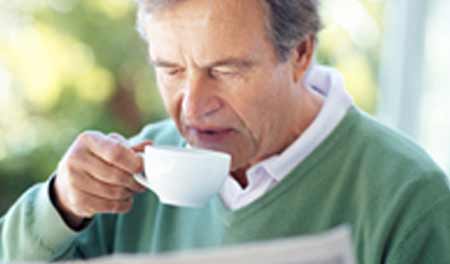 Coffee drinkers may be happy to know that a study conducted by scientists at the Beth Israel Deaconess Medical Center (BIDMC) has revealed the beverage’s hidden properties in preventing heart failure. Reported in the journal Circulation Heart Failure, the findings showed that moderate coffee drinkers are apparently at 11% lower risk of heart failure, than non-drinkers.

However, it’s not clear as to how coffee proffers such a protective effect against the aforesaid condition. The team believed that coffee’s ability to inhibit diabetes in people could be a major contributing factor. This is because diabetes and high blood pressure are primary risk factors for heart failure. Once both these issues are combated, the chances of heart failure are seemingly remote.

“Our results did show a possible benefit, but like with so many other things we consume, it really depends on how much coffee you drink. And compared with no consumption, the strongest protection we observed was at about four European, or two eight-ounce American, servings of coffee per day,” shared lead author Elizabeth Mostofsky, MPH, ScD, a post-doctoral fellow in the cardiovascular epidemiological unit at BIDMC.

In an extensive trial, approximately 140,220 individuals participated, which included 6,522 heart failure patients. Importantly, coffee’s protective effect seemed to disappear once the number of cups increased to more than 5 cups a day. This made it clear that moderate coffee intake was supposedly associated with good heart health.

Moreover, coffee drinkers appeared to have stable blood pressure levels as well.The study did not probe into the kind of coffee and its caffeine content.