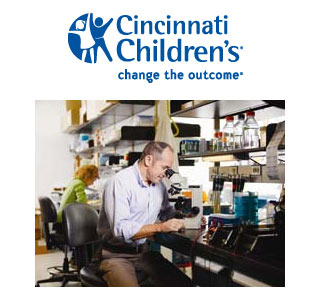 Heart enlargement called as cardiac hypertrophy is believed to be a difficult to treat illness. Apparently researchers have shed light on a key molecular regulator of the disease that can provide a therapeutic target for a major risk factor of heart failure and early death. It has been suggested that an over-expression of the protein CIB1 known as calmyrin causes biochemical processes leading to cardiac hypertrophy.

Stimulating the enzyme calcineurin seems to be a key biochemical component in the normal development and functioning of heart cells. Risk for heart failure is assumed to be heightened due to anticipated cardiac hypertrophy from chronic health conditions like hypertension known as high blood pressure or a history of heart attacks. Once the heart is impeded because of such conditions, heart muscle cells termed as cardiomyocytes boost as the body’s attempts to respond and compensate, elevating the organ’s size.

“Hypertrophic heart disease is a leading health problem in Western countries. Our data clearly show that CIB1 is required for permitting activation of calcineurin during maladaptive cardiac hypertrophy. This suggests a new strategy for treating hypertrophic heart disease through inhibition of CIB1 or its interaction with calcineurin,” shared Jeffery Molkentin, PhD, lead investigator and a researcher in the division of Molecular Cardiovascular Biology at Cincinnati Children’s Hospital Medical Center and a Howard Hughes Medical Institute investigator.

Previously, unknown regulators of cardiomyocyte growing during hypertrophy were seemingly analyzed during the research. In order to conduct the investigations, experts employed a genetic analysis of neonatal rat heart cells cultured in the laboratory and programmed to become hypertrophic. Increased levels of CIB1 were monitored by genetic screens that aid in meditating biochemical processes in the plasma membranes of various mouse and human tissues, particularly the heart. The scientists also determined the protein to be a key hallmark.

Even the sarcolemma displayed heightened levels of CIB1 in another investigation. It is known to be the thin plasma membrane encircling heart muscle fiber that is crucial to acquire and acts as a conductor of stimuli. The levels function and molecular interactions of CIB1 were examined when a living organism undergoes heart injury. The scientists created hypertension simulation to test mice. As a result, the generated mice were CIB1 gene deficient or over expressed CIB1 in the heart.

The experts mentioned that mice with over-expressed cardiac-specific CIB1 declared cardiac hypertrophy and dysfunction with hypertension stimulation. On the other hand, mice without the presence of CIB1 gene displayed a shield from hypertrophy and dysfunction. The findings highlight the interaction between CIB1 and calcineurin, yet additional experiments are needed to before making the results applicable to humans.

The research was published online on July 18.