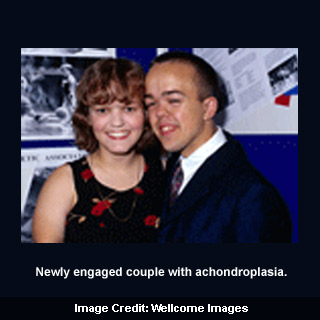 A rare form of testicular tumor may possibly assist in elucidating why some diseases are more prevalent in the children of older fathers. A team of scientists from University of Oxford and Copenhagen University Hospital have found a link between certain severe childhood genetic disorders and rare testicular tumors occurring in older men.

Mutations could perhaps happen in different cells of the body and at different times during life. A few such as those that occur in ‘germ cells’ seem to cause changes thereby affecting the individual’s offspring. Also, those that occur in other cells may result in tumours, but are not inborn. Germ cells are known to create sperm or eggs.

According to the scientists, the germ cells that make the mutant-gene-carrying sperm also seem to be the same cells that produce the tumour. Even though the original mutations occur seldom in the sperm-producing cells, they apparently encourage the mutant cells to divide and multiply.

When such a cell divides, it seems to copy the mutation to each daughter cell, and so the clump of mutant-sperm-producing cells expands eventually. Therefore, the number of sperm carrying this mutation also increases as men get older, in turn raising the possibility of older fathers having affected children.

Lead author of the study, Professor Andrew Wilkie from the University of Oxford explained that, “We think most men develop these tiny clumps of mutant cells in their testicles as they age. They are rather like moles in the skin, usually harmless in themselves. But by being located in the testicle, they also make sperm – causing children to be born with a variety of serious conditions. We call them ‘selfish’ because the mutations benefit the germ cell but are harmful to offspring.”

This study helps in elucidating the origins of numerous serious conditions that affect childhood growth and development. Supposedly, these include achondroplasia and Apert, Noonan and Costello syndromes, along with some conditions causing stillbirth.

The study seems to link these conditions to a single pathway controlling cell multiplication. Common diseases tend to be caused by the interaction of many genes, but in spite of powerful genome-wide association scans to search for these genes, relatively few appear to have been discovered.

Several of these diseases, including breast cancer, autism and schizophrenia, may perhaps be more common in the offspring of older fathers. However, the reasons are believed to be unidentified. Professor Wilkie claims that similar but milder mutations could contribute to these diseases.

He further explained that, “What we have seen so far may just be the tip of a large iceberg of mildly harmful mutations being introduced into our genome. These mutations would be too weak and too rare to be picked up by our current technology, but their sheer number would have a cumulative effect, leading to disease.”

The study experts hope for further analysis in order to find other genes that are affected by this process. However, DNA-sequencing technology has in recent times appear to have undergone a step change in capacity, thereby enabling more sequence in order to be obtained in one day as compared to than was achievable in a whole year just a decade ago.

Also, the authors anticipate that this study could be valuable to doctors in explaining to parents why the disorder has arisen. Moreover, they would be able to inform the parents about the likelihoods of it occurring again, in most cases, future children are unlikely to be affected. The findings may also help to elucidate one of the mysteries of genetics as to why scientists have yet to report for much of the genetic component of common diseases.