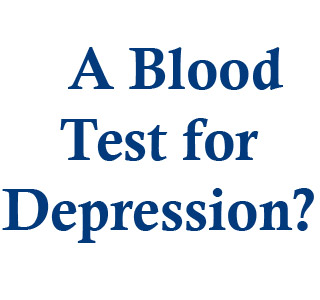 A simple blood test possibly benefits an individual in abundance. It not only enables physicians to diagnose a disease, but also guides in the treatment of several ailments. Dutch investigators have suggested the possibility of diagnostic blood tests to help treat psychiatry disorders in the near future. By analyzing certain aspects of genetic variation a better understanding may be provided, further empowering scientists to open doors for new discoveries and identifications.

It is assumed that evaluating the genes (DNA) obtained from blood cells, genomics like proteomics, the measurement of the levels of specific proteins in the blood can seemingly give a clear picture. Also the gene expression profiling, that measures the levels of RNA produced from DNA as an evidence of the level of the ‘activity’ of certain genes.

Dr. John Krystal, Editor of Biological Psychiatry explained, “It is far too early to be confident that gene expression profiling will lead us to diagnostic or prognostic tests for depression. However, the objective of this line of research is extremely important. In the past, many types of tests have been explored as potential diagnostic markers, but they all have failed to have sufficient sensitivity and specificity to guide doctors in making psychiatric diagnoses or choosing between treatments. I look forward to seeing whether the patterns of gene expression profiling are replicable and diagnostically specific as multiple groups report their findings.”

During the analysis, scientists examined blood gene expression profiles in healthy individuals and those ascertained with extreme depressive disorder, or MDD. In the whole blood, a set of seven genes appeared in contrast to the un-medicated MDD patients from healthy controls. The findings seem to floodlight on the idea of contributing a molecular diagnostic tool for depression.

The researchers elucidate psychiatry to have a certain criteria for treating patients with mental health disorders. Yet providing such diagnosis may be of great significance to people suffering with the inability to have a proper conversation. Reduction of stigma related to mental health problems may also be possible.