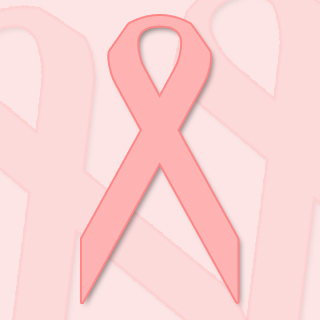 A latest study has discovered that a combination drug seems to be active in women suffering with HER2-positive metastatic breast cancer. The trastuzumab and neratinib (HKI-272) drugs when used in combination seemed to have this effect on the patients. This study was conducted by the experts of the Fox Chase Cancer Center.

Trastuzumab and neratinib (HKI-272) were believed to be small molecule inhibitors of the HER2 receptor. All these women were stated to have been a part of an earlier conducted research based on trastuzumab treatments. The tumors of about twenty five percent of the women in phase I/II trial were believed to have shrunk with this combination therapy.

Trastuzumab antibody is said to bind to the HER2 protein selectively to prevent it from reproducing uncontrollable amount of breast cells. Trastuzumab therapy is supposed to have had positive impact on majority of women patients affected by HER2-positive metastatic breast cancer. But with the passage of time, cancers seem to develop a resistance to trastuzumab. Therefore, the tumors evidently began developing again. Such women with trastuzumab-resistant cancers were believed to require alternative therapies.

HER2 receptor expressed on the surface of HER2-positive breast cancer cells are evidently slowed down by the combination of antibodies. The extracellular portion and the intracellular portion of the receptor are probably blocked by trastuzumab and neratinib respectively. According to the investigators, this combination drug may be capable of giving the initial impact which may be required to destroy the tumor cells.

“Trastuzumab has certainly made a difference in patient care, but there is still room for improvement,” says Ramona Swaby, MD, medical oncologist and attending physician at Fox Chase. “For example because trastuzumab is an antibody it does not cross the blood-brain barrier so is not effective at treating or preventing brain metastases. It is incredibly heartbreaking to think you are out of the woods and then to have brain metastases occur. Neratinib, a small molecule drug that can cross the blood-brain barrier, potentially may treat brain metastases. More studies are needed.”

Forty-five women were presumed to have participated in the trial. These subjects were evidently provided with about 160 mg or 240 mg neratinib daily plus trastuzumab 4 mg/kg IV loading dose followed by 2 mg/kg weekly during phase I of the trial. No cardiac toxicity was believed to have been observed by these experts. However, some women experienced certain adverse cases which included diarrhea, nausea and vomiting.

Out of the 33 patients that could be evaluated in Phase II, 47 percent became progression-free at the completion of 16 weeks. Average progression survival time is believed to be 19 weeks while seven women still remain on the therapy.

The study results were in all probability presented by Ramona Swaby on June 1, this year at the annual meet of the American Society of Clinical Oncology.