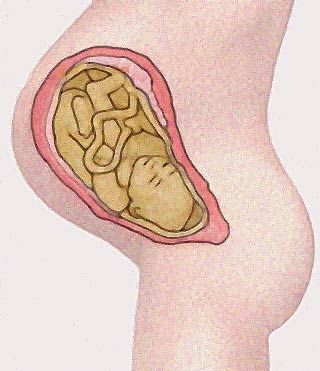 The latest study by researchers at Stanford University reveals that previously undiagnosed infections of the amniotic fluid can be an eminent cause of premature births.

The results were confirmed after researchers found bacteria or fungi in the amniotic fluid samples taken from women in pre-term labor. The team discovered that more the infection, more were the chances of the women to deliver sicker and younger infants. This indicated that levels of the bacteria also play a vital role in the risks of premature birth.

Dr. Dan DiGiulio, who worked on the study, mentioned, “If we could prevent these infections in the first place, or detect them sooner, we might one day be able to prevent some of these premature births.”

Researchers analysed 166 women at the Detroit Medical Center between October 1998 and December 2002. Using culture and polymerase chain reaction (PCR) of the amniotic fluid from women in preterm labor, the team observed the DNA germs. The study found that amniotic infections during preterm labour are significantly associated with premature birth. The researchers did not target viruses or non-fungal eukaryotic microbes.

The scientists found that 15 % of the fluid samples that is nearly 25 women harbored bacteria or fungi, a 50% increase over the 10% detected by conventional culture. The infections also contained at least one unknown organism that could be new species. Premature babies were delivered by nearly all the 25 women with infected amniotic fluid. Nearly 53 of the women who had no infections whatsoever were able to stop their labor.

The researchers speculate that amniotic fluid infections result in inflammatory response in the pregnant women which in turn may lead to pre-term births. The study however may have a limitation that the DNA may have possibly degraded during the interval from amniocentesis to molecular analysis (range two to six years). PCR inhibition or biases in DNA extraction may have also affected the molecular findings.

Premature babies are prone to a number of health problems including breathing problems, underdeveloped organs, infections and cerebral palsy. The study should be an eye-opener with more and more children being born prematurely. The US alone has nearly 12 % of births coming before the 37th week of gestation in the US.

The online journal of the Public Library of Science has published these findings.