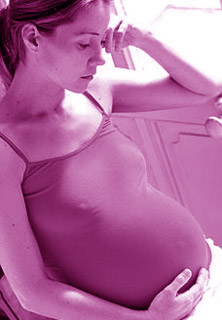 A new study shows just how important it is for soon-to-be mothers to relax all they can. This study found that chronic mild stress may increase the risk that their offspring will develop cerebral palsy.

Cerebral palsy is a group of neurological disorders marked by physical disability. This particular study was conducted on a mouse model.

As a part of the study, the boffins adjusted the normal cycle of light and dark that the pregnant mice were accustomed to for half of the mice, subjecting them to a mild level of stress.

‘Determining the impact of gestational stress on the incidence of cerebral palsy would be of paramount interest. Limiting stress during human pregnancy might prove to be a cost-efficient way to reduce the human, emotional, social and economic burden of cerebral palsy,’ says Gressens.

Victoria Luine, PhD, distinguished professor of psychology at New York’s Hunter College, who did not participate in the research, said that the study also added to other findings that showed that constant stress could negatively impact quality of life.

‘These findings are consistent with growing evidence that constant stress, even minimal, can have a major impact on the quality of life,’ she said.