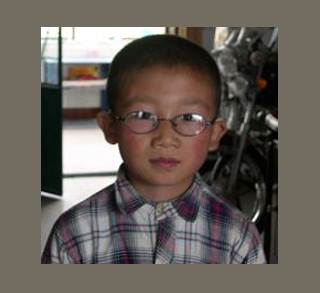 Unique solutions to raise educational standards seem to have reached developing countries. A study conducted by Oxford and Minnesota universities has put forward that giving a set of spectacles to children who are not able to see the blackboard appeared to enhance school grades. It came to light that 97 out of every 100 children in rural China, who required glasses, apparently did not wear them.

The study location was the province of Gansu which is one of the poorest regions of China. The investigators examined primary schools in the area and found that only 3% of children who needed spectacles seemingly wore them. These findings are a part of the Gansu Vision Intervention Project in which 165 schools and 19,000 children in the age-group of 9 to 11 participated.

Optometrists were a part of the project and they went to each town to conduct complete eye tests for students. If any sort of vision problem was encountered, suitable lenses were prescribed free of cost. A comparison was then drawn between the school grades before and after the test, where it came to fore that children who used glasses for the first time supposedly acquired marks equal to an additional quarter to a half year of school life.

Study co-author Professor Albert Park, from the Department of Economics and School for Interdisciplinary Area Studies at the University of Oxford, stated, “Thinking as an economist, it’s puzzling that this relatively cheap, quick fix hasn’t happened already. I think that a lot of people who are going around trying to think about how to improve education and learning tend to focus on how we can improve schools, and teachers, textbooks, et cetera. And this problem is a little bit different, because it’s really about the behaviour of students and their parents. Sometimes the simplest solutions are just overlooked and yet this study suggests we have tapped into a whole area of future potential.”

According to the scientists, 12% of children apparently needed glasses, but they did not seem to wear them owing to the stigma associated with it. Nearly 30% of kids who required glasses did not wish to be a part of the study because of the thought that using spectacles for young eyes may lead to their eyes becoming weak at a faster rate. School grades were noted down before and after the observation for tests in Chinese, mathematics and science. Presumably, the 62 schools in the randomized controlled trial did not receive any intervention.

It was found that some children slipped through the primary level tests seemingly because eye difficulties were regarded to be more crucial for secondary school students. The analysts are now examining the effects of specs on elder children and are negotiating on programs for the effective promotion of glasses for children and parents.

The scientists gathered information from the schools enrolled in the Gansu Vision Intervention Project in 2004 and conducted a follow-up by collecting data on test results in 2005.