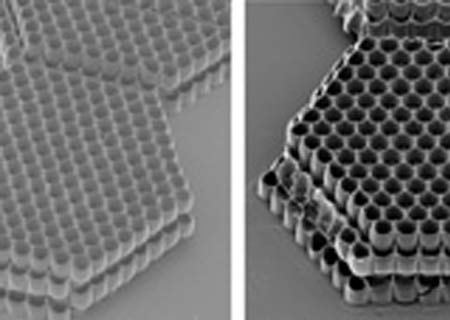 Generally, people suffering from nerve damage face immobility in their limbs. Scientists at the University of Sheffield have put forth a new technique by which impaired nerves could be resurrected to facilitate walking and movements.

Essentially, the team has developed implants that can be inserted on the site of injury to enable nerve re-growth. This method dubbed, laser direct writing is used for producing something known as nerve guidance conduits or NGCs. The latter is made from biodegradable artificial polymer related to polylactic acid which enable the re-formation of impaired nerves. This is achieved via a range of small pathways just like an electrical wire. As the nerves regrow completely, the conduit goes on degrading and finally disappears.

“When nerves in the arms or legs are injured they have the ability to re-grow, unlike in the spinal cord; however, they need assistance to do this. We are designing scaffold implants that can bridge an injury site and provide a range of physical and chemical cues for stimulating this regrowth,” commented University of Sheffield Professor of Bioengineering, John Haycock.

The current treatment procedures such as surgery including sutures or grafting may not lead to complete recovery from nerve damage. Moreover, the investigators have developed a way to duplicate the channels that support nerve growth called micromolding, in this analysis.

The laser direct writing method fabricates complicated structures via computer aided design that is important for creating advanced NGCs. It could also lead to generation of channels that may be capable of treating spinal cord injury.

This analysis titled ‘Two-photon polymerization-generated and micromolding-replicated 3-D scaffolds for peripheral neural tissue engineering applications’ is published in the recent issue of Biofabrication.