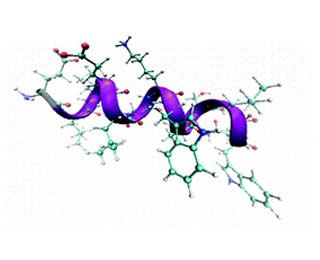 Recently researchers had seemingly identified the structure of a key protein in common HIV subgroup.A research commenced by the National Physical Laboratory (NPL) has now ascertained to figure out a definitive structure of the HIV viral protein. This probably enables scientists to introduce novel molecular medicines.

Eleonora Cerasoli of NPL revealed, “In this research, we were looking at a part of the HIV virus that helps it fuse with, and then infect, healthy cells within the human body. By confirming the structure of this tiny, but significant, fragment of the HIV-1 protein we are helping to shed more light on its infection mechanism. Further work in this area will hopefully lead to a full understanding of exactly how it works, and therefore lead to better treatments for HIV.”

The research is still ongoing to determine the interactions between human cells and the HIV virus proteins. In order to understand this interaction the investigators will be employing the latest synchrotron facility which shall be provided by the Diamond Light Source. The finding may permit scientists to come up with treatments for other ailments like Alzheimer’s too.

The research was published in the May 2010 issue of the Journal of Physical Chemistry B.