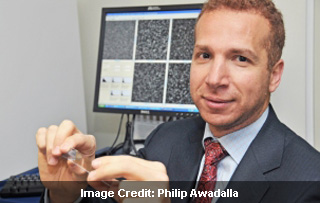 Mutations are known to be changes of the cell’s DNA that can occur due to errors in DNA duplication, which apparently occur before cell division. Well, Université de Montréal researchers share that family history may not be a good predictor of the occurrence of mutations predisposing to autism or schizophrenia.

An alteration that is occurred and not inherited from parents is known as de novo mutation. The findings highlight that new or de novo gene mutations play a vital role in these disturbing conditions. This study claims to have significant implications for disease incidence and severity.

“This study emphasizes the importance of de novo mutations as genetic factors predisposing to autism and schizophrenia. We found an increased frequency of severe de novo mutations in critical brain genes in both of these diseases,” commented senior author and Université de Montréal professor, Guy Rouleau.

Researchers examined around 400 genes which are turned on in nerve cells from patients suffering autism or schizophrenia spectrum disorders. They revealed that there is additional de novo gene mutations linked with the two diseases.

“In the process of confirming our findings, we were also able to provide one of the first direct estimates of the human mutation rate,” remarked lead author Philip Awadalla, a Université de Montréal pediatrics professor, scientist at the Sainte-Justine University Hospital Research Center and scientific director of the CARTaGENE project. “The number of mutations per generation is extremely small but on the order of what was previously indirectly inferred for human-chimpanzee comparisons. We also discovered that mutations can be introduced when cell lines are produced, which creates false-positive results. This artefact can significantly bias results and therefore great care needs to taken when analyzing these samples.”

The analysis put forth that DNA taken directly from the patient’s blood was advanced as compared to that taken from patient-derieved cell lines. Experts share that the source of biological material is essential for these types of experiments.

These findings were published in the American Journal of Human Genetics.