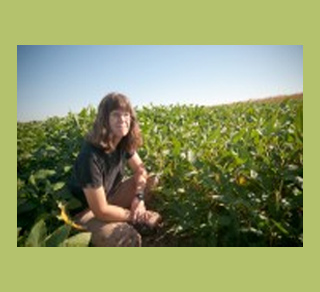 Investigations have shown that saturated and trans fats clog arteries and cause disturbances for the heart to pump. These fats are therefore regarded unsuitable components of a healthy diet. Due to their presence in a wide variety of foods, complete avoidance may not be easy. A research team from the University of Missouri has supposedly developed oil from soybeans that is low in saturated and trans fats and also much healthier.

Saturated fats found in cream, cheese and butter were considered bad for health in the 1970s. Since then, experts have been trying to identify a suitable alternative. In the process soybean oil was claimed to be a precise substitute. But a major drawback was that soybean oil got spoiled when heated. In order to keep it stable, producers had to hydrogenate the oil and ended up creating trans fats. With the employment of natural pollination procedures, scientists were apparently able to develop soybean oil that was very high in oleic acid. This acid seems to stabilize the oil and make it healthier.

Kristin Bilyeu, a researcher with the USDA Agriculture Research Service located in the College of Agriculture, Food and Natural Resources at MU remarked, “When we started this research, we were looking at three factors. We needed a heart-healthy oil. It needed to be stable with a good shelf life. Finally, it needed to be economically feasible. Oleic acid is a stable component of oil and is not a saturated fat. It does not require hydrogenation, which stabilizes oil but creates trans fats. Oleic acid is the main component of olive oil, but is not a large component in soybean oil. We set out to help the soybean produce more oleic acid in the beans.”

It was observed that natural breeding heightened oleic acid in the bean from 20 percent to 80 percent. Simultaneously, it also reduced the quantity of saturated fat in the oil by 25 percent. As the newly developed oil is probably more stable, hydrogenation is not a necessity. It is known that in hydrogenation Omega-3 fatty acids are excluded from the oil. These acids are considered good supplements for the human heart.

Soybean plant grown in northern Missouri may be loaded with 70 percent to 80 percent oleic acid and in its southern part soybean’s oil shows 80 percent presence of oleic acid. Further investigations will be undertaken to ascertain if this soybean will produce economically viable yields in different environments.

The research is published in BMC Plant Biology.