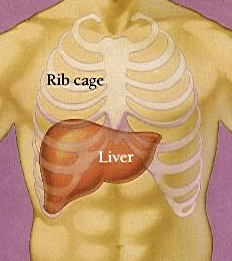 The findings of a new research suggest that people with shorter legs face an increased risk of liver disease.According to scientists, the liver enzyme levels indicate how well the liver is working. They believe greater height may increase liver size, decrease enzyme levels and as a result help the liver work more effectively.

A group of researchers led by Dr. Abigail Fraser randomly selected almost 4,300 women, with ages between 60 and 79, from the British Women’s Health and Heart Study. These women were drawn from 23 British towns.

As part of the study, the researchers measured standing and seated height to include leg and trunk length and took blood samples in order to measure levels of four liver enzymes, ALT, GGT, AST and ALP. ALP is also an indicator of bone disease, such as osteoporosis.

Researchers gathered information about women’s medical history, lifestyle and social class, which were important factors in influencing their health and stature. They succeeded to gather complete information only in the case of almost 3,600 of them.

These results were still true after adjustment for factors such as age, childhood social class, adult alcohol consumption, and exercise and smoking. Moreover, the results remained the same even after excluding those women who already had liver cancer, diabetes, cardiovascular disease or osteoporosis.

“Our interpretation of the results is that childhood exposures, such as good nutrition that influence growth patterns also influence liver development and therefore levels of liver enzymes in adulthood and/or the propensity for liver damage,” the authors of the study concluded.

The researchers add that it is important to people to have a healthy lifestyle starting from a young age, so they could prevent fatty liver disease, which affects an estimated one in five people in the UK.