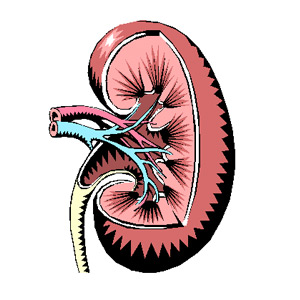 Doctors say that they have successfully developed a technique that could free many patients from having to take anti-rejection drugs for the rest of their lives. It is being termed as a major advance in organ transplants.

“There‘s reason to hope these patients will be off drugs for the rest of their lives,” said Dr. David Sachs of Massachusetts General Hospital in Boston, who led the research published in Thursday‘s New England Journal of Medicine.

The results do not mean that it is safe for current transplant patients to go off their medicines. Doing so could lead to organ rejection and even death, doctors warn. And Sachs said the treatment will not solve the country‘s organ shortage.

The new study involved five people who got kidneys from parents or siblings who had slightly different tissue types from the patients. Since many kidney transplants are similarly mismatched, there is hope more people might one day be spared immune-suppressing drugs.

Derek Besenfelder was born with a genetic kidney disease. After a year on dialysis, he decided to enroll in the experiment and received a kidney and marrow transplant from his mother in 2005. He took anti-rejection pills for eight months, but then was weaned from them. He has been drug-free for two years.

Doctors have experimented with giving marrow before, during or after organ transplants, while also tinkering with patients‘ immune systems to prime them to accept the new organs.

The stem cells from the marrow reprogram the body by allowing new immune cells to grow that don‘t try to attack the donated organ.

Four of the five patients developed a hybrid immune system — where recipient and donor cells live together in the body — for a short time. They were able to stop taking anti-rejection drugs and had healthy kidney function two to five years later.

Some researchers such as Ildstad believe the “home run” breakthrough will come when more people respond to the treatment and keep the mixed immune system permanently.

Transplant pioneer Dr. Thomas Starzl of the University of Pittsburgh said donor cells appeared to persist in the bodies of the successful transplant recipients even if those cells were not readily detected.

As promising as the treatment is, Sachs said it won‘t solve the country‘s organ shortage problem. Nearly 98,000 people are on the waiting list, according to the United Network for Organ Sharing.

The study was funded by the Immune Tolerance Network, an international consortium of federal and advocacy groups. Sachs plans a follow-up study involving 15 to 20 patients at Massachusetts General and other hospitals.

Unlike the Massachusetts General cases, doctors said Kowalski has maintained an immune system from his own cells and his brother‘s. The research was funded by the National Heart, Lung and Blood Institute.