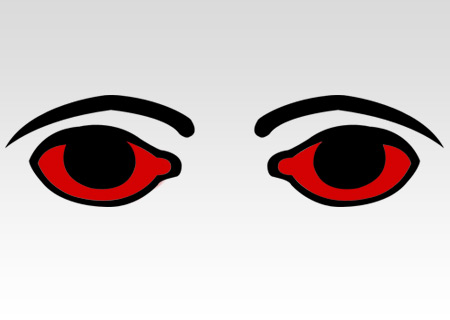 Everybody likes Holidays – the more the merrier. The reasons can be religious, social, patriotic, who cares? The point is we just like holidays. During school, before moral guilt, responsibilities, political correctness and other such uncomfortable concepts make home in your mind, the list of legitimate reasons for enjoying holidays is even longer. Medical reasons; put-on, community-acquired or epidemic in nature abound in such lists. Be honest now, don’t you like sitting at home with a hot cup of coffee while rising rain water levels cause millions of rupees worth of damage? In most cases, some distance is necessary for humor to be effective. But when you suddenly see everyone from the watchman to your boss at work and from your gym instructor to the bus conductor outside sporting dark glasses, even indoors and after sunset, you can’t help but smile.

When I first noticed a spurt in the number of people donning shades indoors, I thought it must be some fad from a recent movie. Either that or Men in Black (MIB) have started recruiting big time. But then I realized, at this time of the year, it can only be conjunctivitis. Conjunctivitis spreads post monsoon every year. But this year, the infecting strain appears to be more virulent. Infections are taking more than 2 weeks to subside instead of the usual 5-7 days. HR departments, widely regarded as evil or otherwise, deadweight, by popular comic strips, are urging employees to take leaves and stay at home! Hence, we thought it was worthwhile publishing this account on common myths and a list of precautions that is easy to remember and practice.

1. Looking directly into the eye of an infected person will infect you: Wearing dark glasses is important, I used to believe this myself until I learnt microbiology in college. So strongly ingrained is this belief that when I go to a department that is hard-struck by this infection (almost every other employee is wearing shades indoors), my eyes instantly start twitching. A disease that spreads simply by looking at a carrier sounds more like the stuff of legend (think Medusa) or sci-fi than a real world disease. Glasses should be worn to avoid hand-to-eye contact, i.e. to keep you from touching your eyes frequently. Touching leads to inoculation of the object coming in contact with the eye, be it hand or handkerchief. So technically, the glasses do not even have to be dark.

2. All you need are eye drops, any Rx will do: This is wrong not only in case of conjunctivitis but any medical condition. Epidemics of conjunctivitis are mostly viral. Like viral fever, viral conjunctivitis also resolves in less than 1 week, with or without medication. All commonly used eye drops are anti-bacterial, so they would have no effect on viruses. A doctor may prescribe such drops to guard against secondary infections caused by bacteria.

3. The more drops you put in your eye, the faster it will heal: By this logic, the entire bottle can emptied for immediate results. Dosage is indicated on all medicines for a reason. I have seen people use antibiotics in anticipation of infection. The issue with all eye drops is that a large amount gets washed out during and after application. The chances of there being enough concentration of antibiotic in the eye to thwart infection if and when it happens are minuscule.

We have seen how rapidly infections can spread in the modern connected world. Even within cities, the amount people travel and exposure to thousands of people in a day gives the infection infinite possibilities to spread. Infection ordinarily spreads from the eyes to hands. Think of all the places your hands go during the day. From door knobs, taps in public toilets, keyboards, pens, telephones, handles in buses and trains to papers circulated in office. You would think there is no way of not getting the infection! Thankfully, the epidemic eventually fizzles out when the season changes.

What you can do?

Although most cases subside on their own in a week’s time, it is important to visit a doctor to rule out more serious causes. These can include infections with viruses like herpes and bacteria like gonorrhea, allergies and reactions to chemicals. Conjunctivitis is treated empirically by doctors. Nature of discharge from eye and microscopy can aid diagnosis but cannot be conclusive. Culture tests to determine the causative agent may be ordered if the infection does not respond to standard treatment. Artificial tears and pain-killers may be prescribed in troublesome cases. In fact, artificial tears and/or painkillers alone are enough in most cases to tide over a week-long infection.

Self-medication is becoming a big issue during such seasonal outbreaks. The most common ciprofloxacin eye drops are in short supply. People are being sent back with higher end antibiotics by opportunistic chemists. Many ophthalmologists have told me patients keep using the same ‘eye drops’ for years after the original prescription or recommendation. Many such ‘eye drops’ contain steroids. These give quick relief from any kind of inflammation/pain but are not meant for long term use. Even plain antibiotics and painkillers are being used for years simply as ‘eye drops’. This leads in many cases to serious irreversible complications including blindness. A further problem is the tendency of most Indians to pass on free advice.

We strongly recommend that you consult your family practitioner even for a minor irritation in the eye. If the condition does not improve in a week’s time, with or without medication, consult an ophthalmologist.