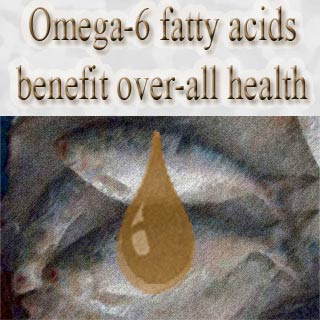 According to a new science advisory, omega-6 fatty acids are a very essential element required for ensuring a heart-friendly eating regime. They recommend people to have at least 5 to 10 percent of calories from omega-6 fatty acids.

It is stated that a majority of Americans get these oils through the consumption of their present diet which includes nuts, seeds, salad dressings and cooking oil. Around 12 to 22 grams of omega-6 fatty acids are recommended per day. However it is also pointed out that daily consumption of omega-6 fatty acids mainly relies on an individual’s amount of physical activity, gender and age.

Lead author of the advisory, William Harris, Ph.D., says that, “Of course, as with any news about a single nutrient, it’s important to remember to focus on an overall healthy dietary pattern – one nutrient or one type of food isn’t a cure-all. Our goal was simply to let Americans know that foods containing omega-6 fatty acids can be part of a healthy diet, and can even help improve your cardiovascular risk profile.”

The advisory assessed a meta-analysis of various trails and reports on the issue. It’s said that observational studies have stated that people consuming omega-6 fatty acids are usually at a lower risk of developing heart related problems.

Their findings are published in the Circulation: Journal of the American Heart Association.

Differences observed in age of hospitalization among diverse races?