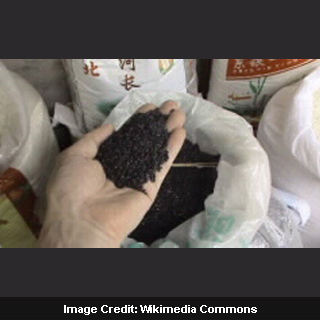 Black rice, the staple food for one-third of the world population seems to be extremely beneficial in the health zone. A recent research asserts that black rice helps fight inflammation occurring in allergies, asthma, and other diseases. Bran is the outer husk of the grain that gets excluded while processing brown rice into white rice.

When mice were injected with brown rice bran extract, similar results did not appear. Mendel Friedman and colleagues fed the mice with a diet consisting of 10 percent black rice bran. A decrease in swelling probably linked with allergic contact dermatitis, a common type of skin irritation was observed. Having been characterized as an anti-inflammatory and anti-allergic food ingredient, black rice bran may be a therapeutic agent for the treatment and prevention of chronic inflammation related diseases.

The research is published in ACS’ bi-weekly Journal of Agricultural and Food Chemistry.