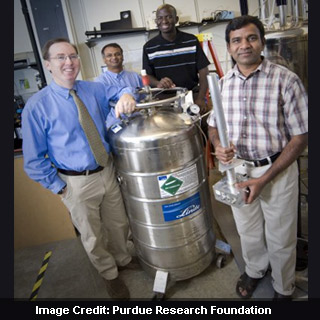 The test possibly distinguishes metabolite signals between the recurrence of cancer. During investigations the test was seemingly unable to gather any evidence of cancer with a sensitivity of 86 percent and a specificity of 84 percent. The findings may be two times more sensitive than the current cancer monitoring blood tests CA 27.29 and CA 15-3. Presumably, this test detects the recurrence of cancer in the earlier stage so cancer is more treatable. Other than being non-invasive, this cancer monitoring test supposedly aids in easy administration and is non-threatening to patients.

Dan Raftery a professor of chemistry affirmed, “The existing cancer recurrence tests are inadequate to meet the needs of a large and growing population of breast cancer survivors. Making a difference for the estimated 10 million women who are breast cancer survivors globally is the starting point for Matrix-Bio’s VeraMarker Platform in the field of metabolite molecular diagnostics blood tests for many forms of cancer that affect both women and men.”

Firstly blood samples gathered from patients are sent to a lab for evaluation. In case positive results are noted, the patients can be subjected to a bone scan, MRI, CAT scan, chest X-ray or liver blood tests to detect and locate the tumor. Apparently breast cancer recurrence is very common and comes again in the first three to five years after treatment following an original diagnosis. Women may be closely examined once in a quarter to three years and again after a year. Breast cancer supposedly recurs in the treated breast or near the mastectomy scar or as a distant recurrence somewhere else in the body, which is also known as metastatic breast cancer. Generally the common sites of metastasis seem to be the lymph nodes, bones, liver and lungs.