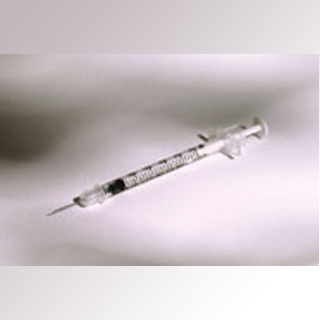 In the opiate substitution therapy (OST), patients with a substance abuse diagnosis are probably subjected to methadone or buprenorphone. Known to boost physical and mental health, OST seemingly declines illicit drug use, criminal activity and the risk of HIV infection. A latest study led by the University of Bristol suggests that heroin users taking methadone for controlling addiction can elevate risk of death at the beginning and end of treatment.

Experts claim that the overall risk of death for prescribed-methadone users is comparatively lower than chances of death out of treatment. It appeared that the annual mortality rate was 0.7 percent during treatment and 1.3 per cent off treatment. So mortality rate was presumably higher by 5.3 and 10.9 times than that of the general population. 5,577 patients prescribed OST between 1990 and 2005 were included in the study for examining if the risk of death was more in the first few weeks of treatment and in the period immediately after treatment. Scientists also aimed to assess the way different durations of OST effect drug related deaths. The outcome was that 178 patients representing 3 percent died on treatment or within a year of their last prescription. From the patients who were unable to survive, 63 representing 35 percent died while on treatment.

Professor Matthew Hickman, co-author of the study, affirmed, “In the UK, OST provision has substantially increased but the total number of opiate overdose deaths has remained stable and national targets to reduce their number have not been met. The elevated risk of death in the first month of treatment and especially in the month after treatment may negate any protective effect of OST, unless duration of treatment is prolonged. Further research is required to test this hypothesis and investigate the impact of average OST duration on drug related deaths.”

Elevation in mortality rate appeared in the first four weeks of treatment, wherein it was 3.1 times higher during the first two weeks and 2.3 times greater in weeks 3-4. Substantially, the mortality rate was suggested to be heightened in the period immediately after treatment. The rate of mortality supposedly was almost eight times higher in the first month after treatment. Scientists believe that opiate tolerance fall after OST during relapses can encourage a patient to precipitate a fatal heroin overdose in the first few weeks after ending treatment, when tolerance has yet to be re-established. It was concluded that initiating OST, particularly methadone may end up with overdose if the initiation dose is too high or due to continued usage of street opiates.

The study was published in the BMJ.