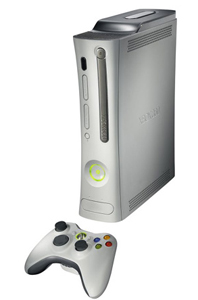 Who doesn’t like playing games; especially when you are sick and lying on the bed for hours together? Children feel all the more bored when they get admitted in a hospital and as they are kids they tend to get irritated faster as they like to play around with their friends. They like to play games, quizzes and puzzles. Games rather help to divert the minds of the children and from the pain they are suffering. So Microsoft has collaborated with a non- profit organization to bring the Xbox 360 kiosks to a children’s hospitals in the United States.

This type of effort has been considered to cheer up the sick child’s spirits. Redmond, Washington-based Microsoft said, “It has teamed up with the Companions in Courage Foundation in an agreement that will give “hundreds” of Xbox 360 kiosks in playrooms at children’s hospitals.

The kiosks set will have an Xbox Live Vision Camera, a headset, E and E10+-rated games and Xbox 360s preloaded with Y- and G-rated video content.

Cynthia Sparer, executive director of Morgan Stanley Children’s Hospital of New York-Presbyterian said, “ It’s extremely gratifying to witness the joy and excitement of these children and teens when they have a chance to break away from the normal hospital routine, and make new friends while playing video games”. She added, “We are grateful that our partnership with Companions in Courage helps us meet the needs of our patients and allows kids to be kids even when they’re sick.”

The Xbox Live network is especially created for the children’s hospital program, which allows patients in the premises of the hospitals to connect online. They can even play multiplayer games, but other characteristics like voice and text chat, video features wouldn’t be accessible by the children playing from the hospital.

Robbie Bach said, “The goal for this program is to give these kids a chance to have some fun and just be kids.”

Several other organizations have plans to bring videogames to children’s hospitals. There are just two organizations namely Penny Arcade’s Child’s Play and the Kids Wish Network, who are trying to cheer up the ailing children with interactive games and other sorts of entertainment.