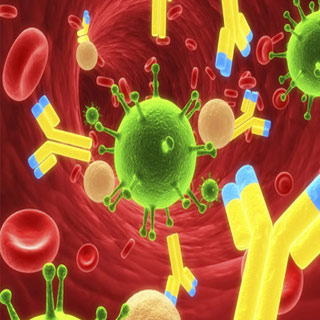 The following tidbit may store a potential treatment for lupus or other autoimmune diseases. Scientists from the Dana-Farber Cancer Institute in Boston have supposedly found a new type of cell that dampens the immune system and protects cells from immune system attack. This ‘suppressor’ cell known as CD8+ T probably decreases the production of harmful antibodies noted in lupus and other autoimmune diseases.

In autoimmune diseases the immune system is believed to accidentally transform into healthy organs and tissues. CD8+ T suppressor cells seem to lower strength of the immune response in autoimmune diseases like lupus. Hye-Jung Kim, lead investigator and colleagues were examining osteopontin’s activity against a population of cells known as follicular T helper cells. The outcome was that cells were responsive to osteopontin and appeared as a possible target of suppressor CD8+ T cells.

Experts suggest that CD4+T cells along with CD8+ T cells and a subset dampen the immune response. The CD8+ T regulatory cells apparently make sure that immune system doesn’t produce antibodies that attack normal cells. The finding may allow scientists to explore therapies regulating hyperactive immune system in lupus. Further investigations will be triggered for ascertaining whether defective CD8+ T suppressor cells can cause lupus. Also study determining the cell as target for quieting immune system response in autoimmunity can be undertaken.

The research was published in the September 16 issue of Nature.