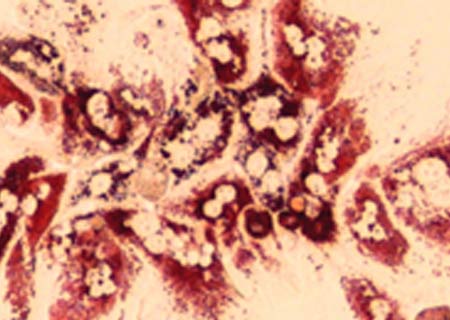 How can an obesity gene be healthy for the body? Well, scientists from the Texas A&M University System have explored a new yet known aspect of obesity.

Certain obese individuals are known to live a disease-free and healthy life, in spite of the idea that being overweight may not be a healthy sign in itself. All the credit goes to a regulatory enzyme that is encrypted by the gene namely, PFKFB3. This variant apparently plays a role in reversing fat-related inflammation and insulin resistance.

Dr. Chaodong Wu of the College of Agriculture and Life Sciences — Texas A&M University System, commented, “And while obesity in general is not healthy, some obese people do not develop the diseases more commonly associated with a less-than-healthy diet. Furthermore, a number of thinner people may have the sort of health problems more typically associated with obesity.”

There are many studies which have revealed that the amount of fat deposited in the body may not directly drive inflammation or metabolic conditions. This gene seemed to play a role in Type 2 diabetes, irrespective of whether a person is obese or not. This could explain why some lean people also end up getting diabetes, which even certain obese counterparts manage to escape.

According to the findings reported in the Journal of Biological Chemistry, overexpression of an enzyme called iPFK2 apparently increased fat accumulation and repressed inflammation as well as improved insulin reactivity. In other words, it seemed to work as a perfect barrier to obesity-related diseases.

The study could lead to treatments for people suffering from different kinds and levels of obesity.