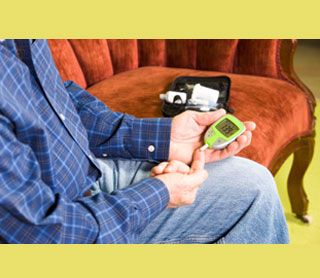 Type 2 diabetes, affecting almost 40 percent of the American population above the age of 65 years may now be avoided. A latest research undertaken by the Yale School of Medicine claims that boosting the activity of a gene in the mitochondria, helps restrict damage which is capable of causing type 2 diabetes.However, the precise mechanism leading to elevation in prevalence with age progression is apparently not known.

At the time of the investigation, an over-expression of the human catalase gene presumably prevented mitochondrial damage. This over-expression also seems to cause an excessive buildup of muscle lipids and preserve mitochondrial function in aging mice. When the catalase gene is over-expressed it possibly safeguards aging mice from developing muscle insulin resistance. A previous analysis carried out on elderly individuals concluded that healthy people have a 35 percent decline in muscle mitochondrial activity. This reduction may be associated with a 30 percent increase in the fat content within muscle cells and severe muscle insulin resistance.

The research appears in the December 1 issue of Cell Metabolism.