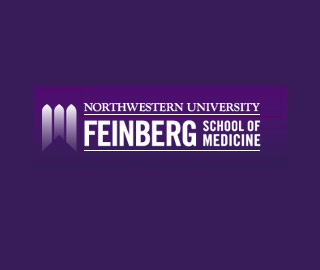 Approximately 8 million people in the United States are suffering from the difficult to treat post-traumatic stress syndrome. Investigators from the Northwestern University Feinberg School of Medicine claim to have discovered the molecular cause of post-traumatic stress syndrome and avoided it from occurring by injecting calming drugs. Both the drugs MPEP and MTEP were injected into the hippocampus within five hours of a traumatic event.

Apparently when a traumatic event is witnessed, the brain becomes overly stimulated and results in an ongoing, frenzied interaction between two brain proteins long after they should have disengaged. In the present investigation, researchers were probably able to halt the development of exaggerated fear with a simple, single drug treatment. Injecting calming drugs seemingly provides a window of time to prevent this serious disorder. An exaggerated fear disorder may be developed due to several reasons including combat, an earthquake, a tsunami, rape, or any traumatic psychological or physical event.

During a panic attack, a person’s heart rate may elevate dramatically, gasp for breath, sweat profusely, and have a feeling of impending death. While some are capable of going back to normal functioning after stressful or dangerous situations, others probably go through an acute stress disorder. If a time lag occurs then, this condition can supposedly transform into post-traumatic stress syndrome. After a stressful event, people with post-traumatic stress disorder apparently develop a natural flood of a neurotransmitter known as glutamate that excites the neurons. When present in excess, glutamate presumably dissipates after 30 minutes but the neurons remain frenzied. That is why glutamate appears to interact with a second protein (Homer1a), which continues to stimulate the glutamate receptor, even when glutamate is gone.

Jelena Radulovic, MD, PhD, associate professor of psychiatry and behavioral sciences and Dunbar Scholar at Northwestern University Feinberg School of Medicine, principal investigator, highlighted, “People with this syndrome feel danger in everything that surrounds them. They are permanently alert and aroused because they expect something bad to happen. They have insomnia; their social and family bonds are severed or strained. They avoid many situations because they are afraid something bad will happen. Even the smallest cues that resemble the traumatic event will trigger a full-blown panic attack.”

During the research, mice were made to undergo a one-hour immobilization, which is distressing but not painful. Then mice explored the inside of a box and as they perceived it as safe, a brief electric shock was given. Generally after a brief shock in the box, the animals develop normal fear conditioning. In case they return to the box, the mice may freeze in fear for around 50 percent of the time. After the second stressful experience these mice supposedly froze for 80 to 90 percent of the time. This exaggerated chronic fear response seemingly continued for at least one month and resembles post-traumatic stress disorder in humans.

In the second part of the research, the two stressful experiences with the mice were repeated. Experts then injected the mice with MPEP and MTEP five hours after the immobilization. No exaggerated fear response was registered and the mice froze for only 50 percent of the time. The mice’s fear responses were presumably normal. Memories of the stressful event probably failed to trigger the extreme responses when calming drugs were injected.

The research was supported by the National Institute of Mental Health.