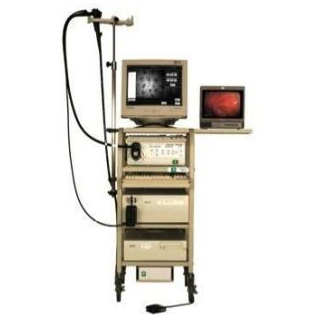 Early detection and diagnosis of inflammatory bowel disease may now be possible, thanks to the following discovery. An international team of experts has designed a new kind of endoscope known as confocal laser endomicroscope (CLE) that possibly benefits in early bowel disease detection. The new endomicroscopy technique consists of a powerful microscope empowering physicians to view the bacteria that is capable of causing illnesses like Crohn’s disease and ulcerative colitis.

Bacteria within the wall of the gut presumably play a crucial role in the development of inflammatory bowel disease. Therefore, CLE can be a powerful new tool for analyzing these bacteria during routine colonoscopy itself. Prof. Alastair Watson of the University of East Anglia (UEA), lead investigator and colleagues anticipate that the new technique can assist in rapid identification of patients at risk or in the early stages of the ailment. The precise cause of Crohn’s disease and ulcerative colitis are apparently unknown, but bacteria within the gut’s mucous membrane are thought to be involved.

In the current method of taking biopsies, observation of the bacteria’s exact location and the way it interacts with the mucous membrane may not be understood. CLE employs a flourescent dye to highlight the bacteria, so the exact processes can be seemingly viewed at a sub-cellular level during routine colonoscopy. At the time of the investigation, 163 patients diagnosed with Crohn’s disease or ulcerative colitis possibly had similar bacteria within the wall of gut than those with healthy intestines.

The research was funded by the Wellcome Trust.