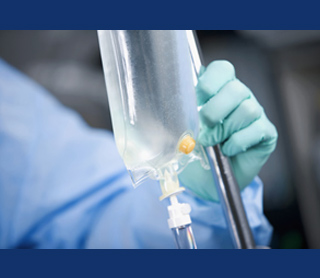 The following tidbit probably stores some good news for patients newly diagnosed with the blood cancer multiple myeloma. According to a study undertaken by the University of Michigan Comprehensive Cancer Center, three-drug combination used for treating multiple myeloma is an effective front-line therapy for newly diagnosed patients. The drug combination may encompass a new proteasome inhibitor called carfilzomib, together with lenalidomide and low-dose dexamethasone.

The efficacy of this combination treatment has been tested on 31 people. Apparently all patients responded to this combination with a 50 percent decline of the disease. In fact a few patients reported complete or almost elimination of the ailment. It was mentioned that the depth of response may continue to enhance with additional treatment. Among patients completing all the eight cycles of therapy, more than two-thirds registered a complete response with little or no signs of cancer. These response rates may be higher than those achieved by the best current regimens in newly diagnosed multiple myeloma. On completion of a median follow-up of six months, all patients were alive with no seeming progression of their cancer.

The three-drug combination called CRd apparently is well-tolerated, with few serious side effects. Peripheral neuropathy characterized by numbness or tingling of the fingers and toes leading to significant pain was possibly infrequent and mild with this treatment. Andrzej Jakubowiak, M.D., Ph.D., director of the multiple myeloma program at the University of Michigan Comprehensive Cancer Center study author and colleagues assert that the side effect typically limits extended use of currently available multiple myeloma treatments and is often the reason patients discontinue a therapy. All the study subjects were allegedly eligible for a stem cell transplant. Patients were presumably able to remain on CRd treatment and achieved responses similar to or better than those noted after a stem cell transplant.

The study was presented on December 6 at the American Society of Hematology Annual Meeting and Exposition.

Autism may be caused by high fructose corn syrup: Study