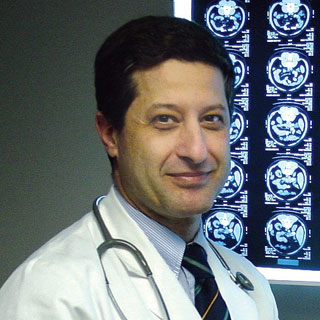 The antibiotic called rifaximin probably helps individuals suffering from irritable bowel syndrome symptoms such as bloating, abdominal pain and loose or watery stools. A groundbreaking study led by the University of North Carolina at Chapel Hill asserts that a two week treatment with rifaximin leads to considerable relief of irritable bowel syndrome symptoms. The benefits of treatment with rifaximin apparently last for 10 weeks after patients discontinue intake of the antibiotic.

Scientists conducted two studies TARGET 1 and TARGET 2 from June 2008 through June 2009 on 1,260 patients diagnosed with irritable bowel syndrome (IBS) without constipation. Participants were randomly assigned to either receive the study drug in 550 milligram doses, three times daily for two weeks, or placebo. Then an additional 10 week follow-up was initiated. In the first four weeks after treatment, 40.7 percent patients in the rifaximin group and 31.7 percent of the placebo group presumably had sufficient relief from global IBS symptoms.

Dr. Yehuda Ringel, MD, an associate professor of medicine in the UNC School of Medicine, enlightened, “These results support the idea that intestinal microbiota or gut bacteria may be an underlying cause of IBS, and altering gut bacteria by treatment with rifaximin appears to be an effective way of providing relief to those who suffer from IBS symptoms.”

Adequate relief of bloating was registered by 40.2 percent patients belonging to the rifaximin group and 30.3 percent on placebo. Decline in abdominal pain and loose or watery stools was also registered by a significant number of people subjected to the study drug. Investigators presume that 550 milligram doses of rifaximin three times a day for 14 days offers relief from IBS symptoms than placebo for around 10 weeks after therapy completion. Apparently rifaximin is also capable of lowering systemic absorption, improving antibacterial activity, tackling microbial resistance and ensuring a high safety profile.

The study is published in the January 6, 2011 issue of the New England Journal of Medicine.