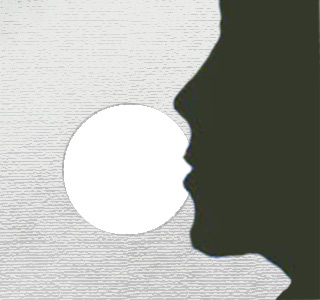 Another way of curbing your appetite and craving for the intake of sweet snacks has been identified. It has been stated that chewing sugar-free gum may relatively bring down the amount of snack consumption in an individual. This claim was made by the experts from the Pennington Biomedical Research Center and Louisiana State University in Baton Rouge, La.

Earlier studies on the topic were said to have found a link between chewing gum and lower intake of snacks. However, the present study is said to be the first of its kind to assess the macro-nutrient composition of afternoon snack food choices made by the study subjects who had chewed a sugar-free gum.

For the purpose of the study, more than 100 people, aging from 18 to 54, were analyzed. It was also stated that all these subjects were apparently frequent gum chewers. These subjects were examined on two instances, once when they had to chew gum, and the other time when they didn’t have to chew gum. Apparently, on both these occasions the subjects were provided with foodstuffs which were nutritious enough to account for one fourth of their daily suggested caloric intake. On one occasion they were asked to chew these gum’s three times hourly in the afternoon, while on the next occasion they were asked not to chew them at all.

Apart from this analysis, the subjects were even asked to fill out a questionnaire rating their own level of energy, level of hunger and craving for snacks. Post their lunch, these subjects were apparently given the choice to eat as much of the snacks that they preferred. It was noticed that the people who had chewed gum, perceived themselves to have lesser cravings and feeling of hunger.

Dr. Paula J Geiselman, chief of women’s health and eating behavior and smoking cessation at Pennington, says that, “Overall, this research demonstrates the potential role chewing gum can play in appetite control, reduction of snack cravings and weight management. Even small changes in calories can have an impact in the long term. And, this research supports the role of chewing gum as an easy, practical tool for managing snack, especially sweet snack, intake and cravings.”

It was also noticed that the energy level of the subjects who chewed gum, seemed to be maintained in the time period between their lunch and afternoon snack. It was also noted that chewing sugar-free gums, reduced the subjects intake of afternoon snack by as much as 40 calories and their intake of sweet snack by as much as 60 calories. More so, it was also stated that these subjects seemed to feel less drowsy during the afternoon time post their lunch, as compared to the time when they didn’t chew gum.

These findings have been presented at the Experimental Biology 2009 meeting in New Orleans.