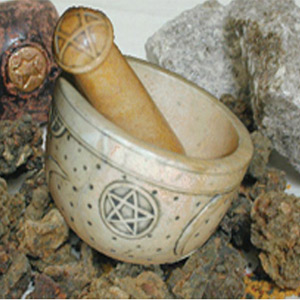 Scientists in Britain are warning that there is no evidence to suggest herbal medicines “tailored” to the individual do actually work; they also say such concoctions may even be harmful.

According to a study by a team from the Peninsula Medical School, no convincing evidence was found that suggested herbal medicines “tailored” to the individual are effective.

They also contacted 15 professional bodies but were still only able to find the three trials.

The team is also doubtful regarding the skills of practitioners in Britain who offer treatments specially formulated for individuals.
The study comes at an opportune moment as authorities in Britain are currently reviewing the law in relation to the regulation of this field, and one of the factors it hopes to clarify is how many such practitioners there are at present in the country.

Practitioners generally offer a wide variety of treatments for conditions ranging from minor skin ailments to cancer, using a multitude of herbs, drawn from different cultures.

Chinese, Ayurvedic and Western herbal medicine, have all become increasingly popular over the past 20 years where practitioners mix different combinations of plant extracts to treat ailments such as asthma and arthritis.

The team says that while there were many herbs which have health benefits, studies on these tend to involve standard preparations or single herb extracts.

The other two compared tailored treatments with placebos for chemotherapy-related toxicity in cancer patients and osteoarthritis and found no statistical differences between tailored preparations and placebos in either the osteoarthritis or cancer study.
Tailored treatment did seem to work better than the placebo in IBS, but it was not as effective as the standard treatment.

Dr. Peter Carter says while these trials did not suggest that patients had suffered ill health as a result, there were serious risks attached to the tailored treatment which included herbs interacting negatively with each other, as well as with prescription drugs.

The researchers say herbs may be contaminated or even toxic, and their strength misunderstood by the practitioner and there are many issues regarding expertise such as a practitioner being able to make a proper judgement and knowing when a client is displaying symptoms that really should be assessed by a doctor.

The National Institute of Medical Herbalists says it is impossible to draw conclusions from three small studies with “questionable methodology”, and herbalists often found themselves unable to obtain the funding necessary to carry out rigorous trials.