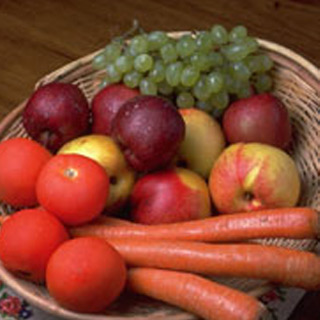 While the world of cosmetics is filling to the brim with novel creams and lotions every day, simply eating in appropriate quantities supposedly improves the appearance of an individual. A groundbreaking study suggests that intake of fruits and vegetables in abundance can pave way for a healthy, golden glow. Eating lots of fruits and vegetables appears more effective in boosting skin color than a suntan.

In order to begin the study, scientists first examined the skin color of people in relation to the diet they adopted. It was registered that those consuming more portions of fruits and vegetables a day were having a more golden, yellow skin color. Then with the help of a spectrophotometer, experts measured the way light in different parts of the spectrum is absorbed by the skin. It was observed that those with a healthy glow probably have greater presence of carotenoids. Assumed to be yellow and red antioxidants, carotenoids are greatly involved in the immune system and fertility. These antioxidants can be seemingly found in fruits and vegetables like yellow as well as red peppers, spinach, apricots and melons.

During the second part of the study, investigators employed a specialist computer software to manipulate the skin color on the images of 51 faces. This software enabled scientists to simulate more and less carotenoids as well as more and less suntan. Study subjects were made to adjust the skin color to make the faces look as healthy as possible. When provided with a choice between skin color improvement by suntan and carotenoids, majority of them opted for the carotenoid skin color. Dr Ian Stephen, lead author and an ESRC post-doctoral fellow in the Department of Experimental Psychology at the University of Bristol and colleagues claim that carotenoid coloration of human skin represents health and fertility of an individual.

The study is published in the journal Evolution and Human Behavior.