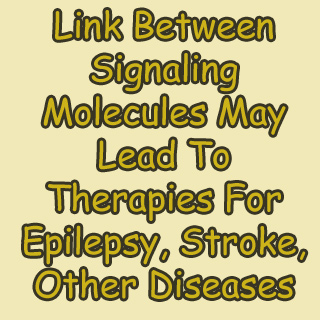 The communication taking place between two important signaling molecules may have implications for potential future treatment of epilepsy, stroke and other problems. Neuroscientists from the UT Health Science Center San Antonio claim that two signaling molecules communicate across nerve cells to control electrical and chemical activity. The research findings have greater significance in the health terrain.

Researchers are now empowered with novel targets for therapeutic intervention of neurological and cardiovascular diseases, such as stroke, epilepsy, dementia, hypertension, mental illness and others. The investigation also lays down guidelines for developing new therapies against mental, neurological, cardiovascular or cerebrovascular diseases. Proper neurobiological function can be supposedly achieved by calcium transport and accurate levels of calcium concentrations inside nerve cells.

When experts isolated nerve cells from rodents, an association between signaling enzymes called phosphoinositide kinases and calcium ions was registered. It was asserted that calcium transport along with levels of calcium concentrations inside nerve cells play a key role in providing appropriate neurobiological function. Mark S. Shapiro, Ph.D., professor of physiology at the Health Science Center, senior investigator and colleagues believe that epilepsy is a result of hyper-excitability in the brain. It is assumed that hyper-excitability leads to abnormal elevations of intracellular calcium ions, which is extremely toxic. Hence, epileptic seizures may predispose people to additional seizures.

The research is published in the January 7 issue of the Journal of Biological Chemistry.