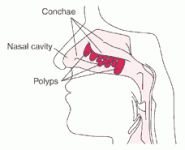 Denise Melanson is now dead, all because she was given a fatal dose of chemotherapy drugs, while undergoing treatment for an advanced type of nasal cancer. Based on this, it is now being reported that human error is responsible for the death of a cancer patient.

Denise Melanson, 43, was diagnosed with an advanced but very treatable form of cancer of the nasal passage.

According to 2 independent reports that have just been released she was given a fatal dose of chemotherapy way back in July. That’s the equivalent to 4 days worth of medication at a go.

Melanson, a wide and mother of 2, was sadly the subject of gross human error as the fatal drug dose was administered to her via a miss-programmed electronic pump resulting in her organs shutting down, and her being taken off life support less than a month later.

According to Dr.Tony Fields, vice-president of the Alberta Cancer Board, “We are going to use this terribly tragedy as a springboard to become ever safer.” He also said that the review will also be available to all other cancer centers in Canada.

“Our purpose behind this is to make it as difficult as possible for such as error to ever occur again,” Dr. Fields added.

The drugs that were administered to Melanson were fluorouracil which is a drug used to treat tumours, and cisplatin which is a chemotherapy drug.