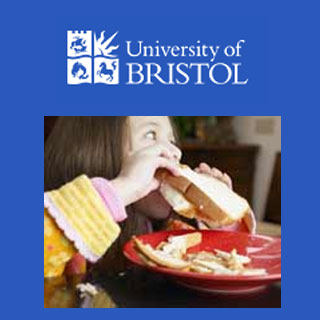 A diet rich on fats, sugars, and processed foods may be extremely harmful for children. According to a research undertaken by the University of Bristol, children on a processed food diet have lower IQ. Those consuming high amounts of vitamins and nutrients, on the other hand, reportedly have improved IQ.

While conducting the investigation, authors examined participants in the Avon Longitudinal Study of Parents and Children (ALSPAC) that keeps a tab on the long term health and well being of over 14,000 children born in 1991 and 1992. Parents were made to fill in questionnaires asking about the types and frequency of the foods as well as drinks consumed by their kids when aged three, four, seven and 8.5 years. The attained information was then quantified to produce a dietary pattern score for three different types of diet, namely ‘processed’ or high in fats and sugars, ‘traditional’ high in meat and two vegetables as well as ‘health conscious’ high in salad, fruit and vegetables, rice and pasta.

“Our research suggests that any cognitive/behavioural effects relating to eating habits in early childhood may well persist into later childhood, despite any subsequent changes (including improvements) to dietary intake,” enlightened Dr Kate Northstone, Research Fellow in the School of Social and Community Medicine.

In order to measure IQ at the age of 8.5 years, investigators employed a validated test known as the Wechsler Intelligence Scale for Children. At present complete data on only 4,000 children is available. The results were ascertained after considering potentially influential factors. A predominantly processed food diet at the age of three was seemingly correlated with a lower IQ by the age of 8.5 years. This link appeared even though the children adopted a healthy diet after that age.

The study is published in the Journal of Epidemiology and Community Health.